Published by
Aaron O'Neill,
Apr 22, 2021
Singapore is a small diamond-shaped island city-state located in Southeast Asia just north of the equator at the southern tip of peninsular Malaysia. It is strategically located north of the Singapore Strait, one of the world’s busiest commercial routes connecting the Indian Ocean to the South China Sea. Over the years, Singapore has become a stable and prosperous global financial hub.
Singapore has a high population density, being home to around 5.6 million people. As is typical of developed nations, the country’s fertility rate is low and life expectancy is high. The median age of the population has increased remarkably since 1965. Interestingly, the country’s population growth rate was as high as 5.3 percent in 2008, but decreased significantly after that and is now hovering around the 1.3 percent mark. This one-off event is likely due to migration during the turmoil of the global economic crisis, and the fact that the Singaporean economy is quite stable, as is obvious in the low unemployment rate and a higher-than-average GDP per capita for this region. Singapore is actually 11th on the list of the countries with the largest GDP per capita in the world. This has made Singapore an attractive place to work and a diverse multi-racial country. The majority of the population is Chinese, Malaysian, and Indian.

Singapore’s economic strength comes primarily from the services sector with particular vigor in communications, information and financial services. The agricultural sector's contribution to GDP is more or less non-existent, but Singapore has secured agricultural land in a number of different countries, with the largest land area acquisitions occurring in the Congo. The country generally operates as a financial intermediary, shipping both raw materials and finished goods, while there is some local production of goods and industry. As a result, Singapore has a positive trade balance, with large quantities of exports and imports being traded with China and Malaysia. Hong Kong and the United States are also important trading partners. Singapore's economy is expected to remain strong with reasonable, but not extremely high growth rates predicted in the future.

In the following 6 chapters, you will quickly find the 58 most important statistics relating to "Singapore".

The most important key figures provide you with a compact summary of the topic of "Singapore" and take you straight to the corresponding statistics. 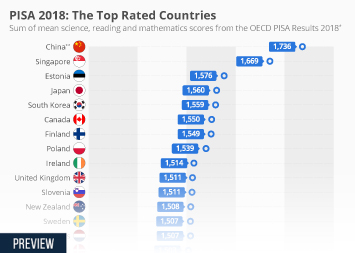