Published by D. Clark, Sep 14, 2021
In recent years the number of people on a zero-hour contract in the United Kingdom has experienced dramatic increases, from 252 thousand employees in 2012 to 744 thousand three years later. Zero-hour contracts are a type of contract between a worker and an employer, whereby, the worker is not obliged to accept any work offered by an employer whom is not obliged to provide any minimum working hours. Recent data shows the distribution of workers with zero-hours contracts in Great Britain equated to 2.8 percent of the entire UK workforce.
Based on figures regarding the number of people on a zero-hour contract by age group, the most common years for such employment were between 16 and 24 years of age. 6.7 percent of all employed young people within this age group had a job with a zero-hours contract. On the authority of a study referencing the share of employed population with zero-hours contracts broken-down by age. Furthermore, a gender breakdown of the number of workers on zero-hour contracts in the UK shows there was a consecutively higher number of women working these jobs.

An industry breakdown of zero-hours contract employee numbers reveals the sector with the largest population of employees on this type of contract work in the of accommodation and food sector, with 172 thousand people employed, this was followed by health and social work. Data on the industry distribution of zero-hours contract workers illustrates that 2 percent of people employed in the education sector are employed with this type of contract.

In the following 3 chapters, you will quickly find the 17 most important statistics relating to "Zero-hour contracts in the UK".

The most important key figures provide you with a compact summary of the topic of "Zero-hour contracts in the UK" and take you straight to the corresponding statistics. 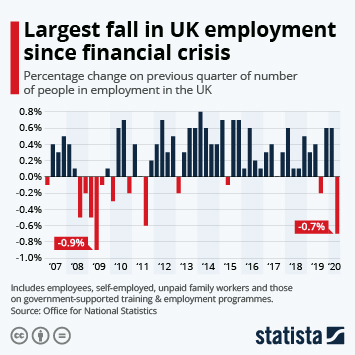