Published by Statista Research Department, Oct 1, 2021
Travel agencies are companies selling travel and tourism products and services on behalf of accommodations, airlines, cruise lines, and other travel suppliers. Such businesses, including self-employed agents, brick-and-mortar stores, and online travel agencies (OTAs), make a profit by receiving commissions from providers or charging customers a fee. According to Statista’s Industry Outlook, revenue of the travel agency, tour operator, and related activities market in the United Kingdom amounted to roughly 16 billion U.S. dollars in 2020, dropping by over 70 percent over the previous year due to the coronavirus (COVID-19) pandemic. As of 2020, most UK businesses operating in this market were small enterprises. Overall, roughly two-thirds of companies in the travel agency and tour operator sector in the UK employed less than five people that year.

In the UK, there are several types of retail travel agents, referred to as multiples, miniples, or independents. Multiples are large companies operating a chain of retail outlets, the major player being TUI. In 2020, the annual revenue of TUI UK Limited, part of the German-based tourism group TUI AG, added up to 1.9 billion British pounds, declining by over three billion British pounds compared to 2019 due to the health crisis.

On the other hand, miniples and independents refer to companies with a smaller number of branches, in some cases only operating in one town/region or niche markets such as luxury travel or ski holidays. It is common for many small and independent agencies to join a consortium, where collectively they can compete with the bigger market players. Advantage Travel Partnership is one of the largest consortia in the country, with 322 travel shops as of July 2021. As of that month, it ranked second, behind Hays Travel, in the list of the leading travel agencies in the United Kingdom based on the number of stores.

While brick-and-mortar travel agencies dominated the tourism industry prior to the internet era, the increasing digitalization of all industries experienced over the last two decades marked the rise of the online travel market. As of February 2021, the online travel agency sector in the United Kingdom recorded nearly 700 businesses, and its estimated market size reached 984 million British pounds. According to Statista’s Global Consumer Survey, Booking.com was the leading online provider to book hotels or private accommodations in the UK in 2021, followed by Airbnb and Expedia.

In the following 4 chapters, you will quickly find the 37 most important statistics relating to "Travel agencies in the United Kingdom (UK)".

The most important key figures provide you with a compact summary of the topic of "Travel agencies in the United Kingdom (UK)" and take you straight to the corresponding statistics.

Digitalization of the travel industry

Travel and tourism in the United Kingdom (UK) 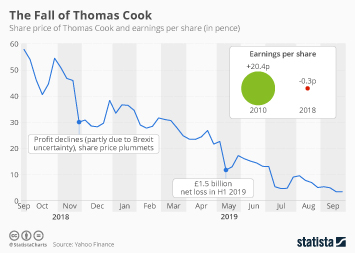