The top universities in the United States

Of the eight universities, seven are colonial colleges (the exception being Cornell), meaning they were founded before the start of the American Revolutionary War in 1775. Harvard University is the oldest university in the U.S., having been founded in 1636 as New College, and receiving its official charter in 1650. The Ivy League gets its name from a college tradition from the 1800s of “planting the ivy” at a university building. The name has been used for these eight schools since the 1930s, but only became official when they became part of the National Collegiate Athletic Association (NCAA) Division 1 in 1954.

Ivy League schools have a reputation for being elite institutions, with high selectivity during the admissions process. Harvard University is currently the most selective university in the country. Out of 57,435 applications received for the Class of 2025, Harvard admitted only 3.4 percent of applicants. While the admissions process is extremely selective, it is not impossible for first-generation students to earn a spot in these world-class schools. For example, 16 percent of Yale’s Class of 2025 are the first member of their family to attend university. However, the Ivy Leagues have recently come under fire for their admissions processes, which critics say favors legacy students (those who have had a parent attend the same university) to the detriment of minority students.

Because of their small size relative to public and state universities, the Ivy League is also known for having small student-to-staff ratios, with Columbia University’s being the smallest out of the Ivies at 4.6 students to every one member of instructional staff. Academics at Ivy League institutions are rigorous; however, seven schools have retention rates of at least 75 percent for full-time students and an average four-year graduation rate of 86 percent.

Life after the Ivy League

Graduates of Ivy League schools can expect high average early career salaries and low total debt upon graduation due to the universities’ extensive student grant and financial aid packages. Ivy League educations are prominent in the upper echelons of American business, with nine members of the 2021 Forbes 500 list having attended an Ivy League school. As of 2019, Harvard University had the most billionaires attend at 1,830 (among them Mark Zuckerberg and Bill Gates), and the prestigious university could also boast about having the most presidents attend, including both Roosevelts and John F. Kennedy.

In the following 6 chapters, you will quickly find the 30 most important statistics relating to "The Ivy League".

Statistics on the topic
Number of applicants to Cornell
67,380
Number of freshman students at Harvard
1,965
Share of international students at Columbia
13%

The most important key figures provide you with a compact summary of the topic of "The Ivy League" and take you straight to the corresponding statistics.

Funding university in the U.S.

Attending university in the United States

Higher education graduation in the U.S. 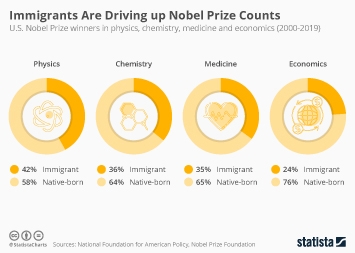 share of immigrants winners of Nobel Prizes in the U.S.