Published by Statista Research Department, Aug 5, 2022
Global market share is the measure by which one can assess the presence of a firm in a worldwide industry. Market share is defined as "the percentage of a market (in terms of either units or revenue) accounted for by a specific entity". Global market share is a key indicator for a company’s competitiveness as it is largely independent of macroeconomic fluctuations and directly comparable across companies.
In general economic terms, competition is considered to be healthy for markets. It is assumed that competition lowers prices for consumers as well as lowering barriers to entry for those wishing to enter into the market. At the extreme, a monopole is able to set the market price. As such regulators seek to avoid monopolies from occurring. One such example is the $2.1 billion (USD) in fines for monopoly practices laid on firms in the pharmaceutical industry of the United States between 1991 and 2015. However, monopolies are tolerated or even promoted in certain situations. One case in which they are tolerated is in a natural monopoly situation. A natural monopoly occurs when the barriers for any firm to enter are naturally high. Hence, firms such as Indian Railways, one of the biggest employers in the world, are able to operate in a monopoly. State monopolies may also be promoted in cases where distribution of a good requires controlled distribution. In 2017, 82% percent of Italians agreed with state monopolies in the cultivation and trade of marijuana in order to fight crime and its financing.

When it comes to the analysis of global market share what is generally more common is a focus on markets defined by oligopolistic competition, an oligopoly being a market dominated by small number of large firms. Such situations often occur in markets with high fixed costs like manufacturing. For example, the global market for automobile production is controlled by a reasonably small number of manufacturers given the proliferation of automobiles worldwide such as Volkswagen and Toyota.

Another example of an oligopoly is the global market for smartphones. A look at global market share by retail sales units of smartphones shows that firms like Huawei are challenging the long-held dominance of Samsung and Apple. One area of the smartphone industry where the duopoly, the scenario in which two firms control the market, is seemingly unbreakable is the market for smartphone operating systems. The market is controlled almost completely by Google’s Android system and Apple iOS.

The most important key figures provide you with a compact summary of the topic of "Global Market Share" and take you straight to the corresponding statistics. 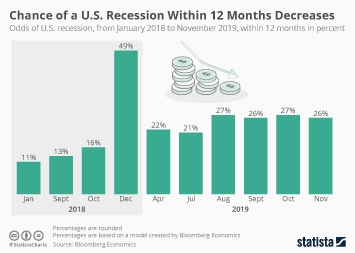