5.12.2019 Exclusive survey with EU citizens living in the UK: Labour top choice in the 2019 general election

London, December 5, 2019 – With Brexit on the horizon and the general election coming up next week, business data platform Statista has asked EU citizens living in the UK what they think about the current political situation. 542 respondents provided their opinion on who they would vote for, if they could and on the impact of Brexit. 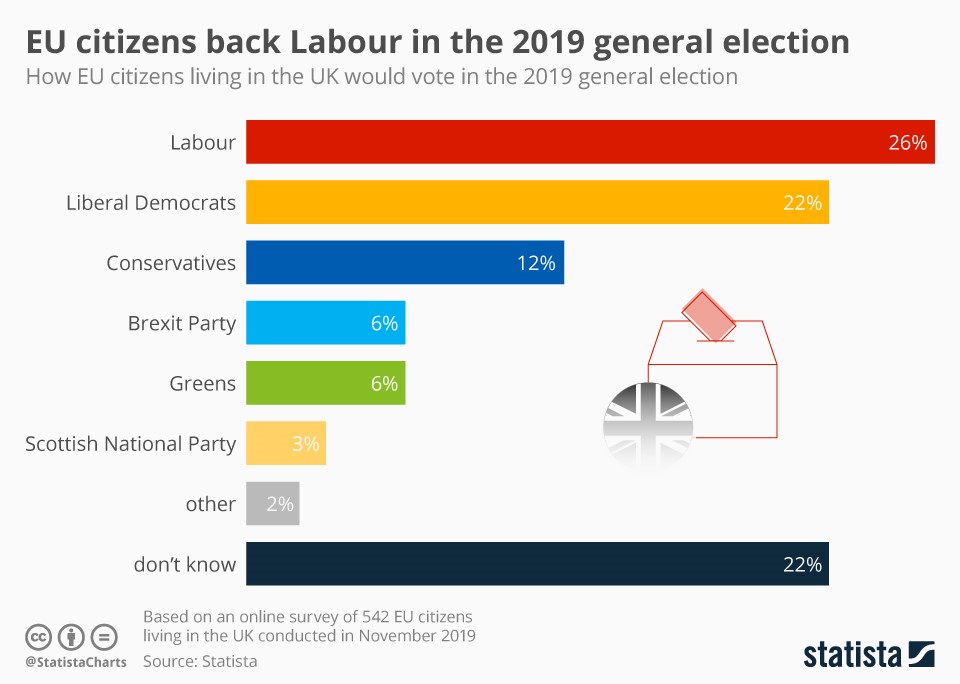 According to 42% of the respondents, the best way to get Brexit done is to cancel Brexit and revoke article 50. However, if they had to choose a deal, between Boris Johnson’s negotiated deal or a “softer” deal as proposed by the Labour party, 49% would overwhelmingly choose Labour’s option. In the event of a future referendum on any of these deals 73% agree that they should have the right to vote.

55% still undecided whether to remain in the UK post-Brexit

Nearly 40% of EU citizens have considered leaving the UK after Brexit. 55% stated they were still undecided. Citing uncertainty in the economy as their major concern, 57% were worried about their jobs or career while 55% were concerned about the cost of living increasing. Next top reasons were around the treatment they have received since Brexit with 51% feeling unwelcome and 50% saying the attitude of UK citizens towards EU citizens had directly contributed to them considering leaving. 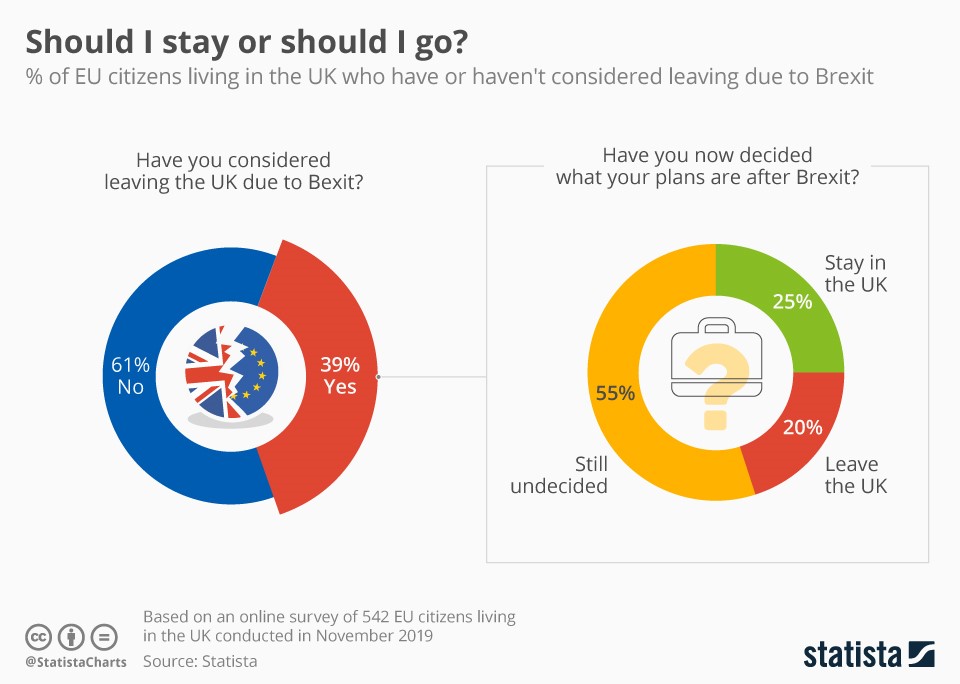