40k
57k
41k
9.6k
To mark the occasion of Barack Obama’s first visit to Berlin as U.S. president, we asked 512 Germans about their perspectives on the power and competence of various world leaders. Somewhat unsurprisingly, Barack Obama is considered the most powerful leader in the world today, garnering 45.5 percent of the vote.

The United States boasts unparalleled power and global influence through a stockpile of over 7,000 nuclear warheads, a large and advanced military, as well as a huge and well developed economic base. Russian President Vladimir Putin also enjoys a considerable amount of influence on the world stage and he is considered the second most powerful leader by 27.7 percent of Germans.

After China’s meteoric rise, Xi Jinping rounds off the top three, with 20.1 percent of the vote. Germany’s own chancellor, Angela Merkel comes fourth while François Hollande of France and David Cameron of Britain come in fifth and sixth respectively.

The figures change significantly when the competence of worldwide leaders is gauged. The majority of Germans, 53.9 percent, consider Angela Merkel the most competent world leader. Her tough and resolute handling of the European financial crisis has certainly proven eye-catching and she is widely admired in Germany for keeping the ripples of financial instability outside the country’s borders. Barack Obama comes second with 32.4 percent, while David Cameron rounds off the top three.

Both Vladimir Putin and Xi Jinping gained a mere 4.3 percent and 2.9 percent of Germany’s competence vote, while the leader of close neighbour France comes last. François Hollande is considered the most powerful world leader by just 0.4 percent of Germans – when it comes to competence, just 1.8 percent believe he tops the list. 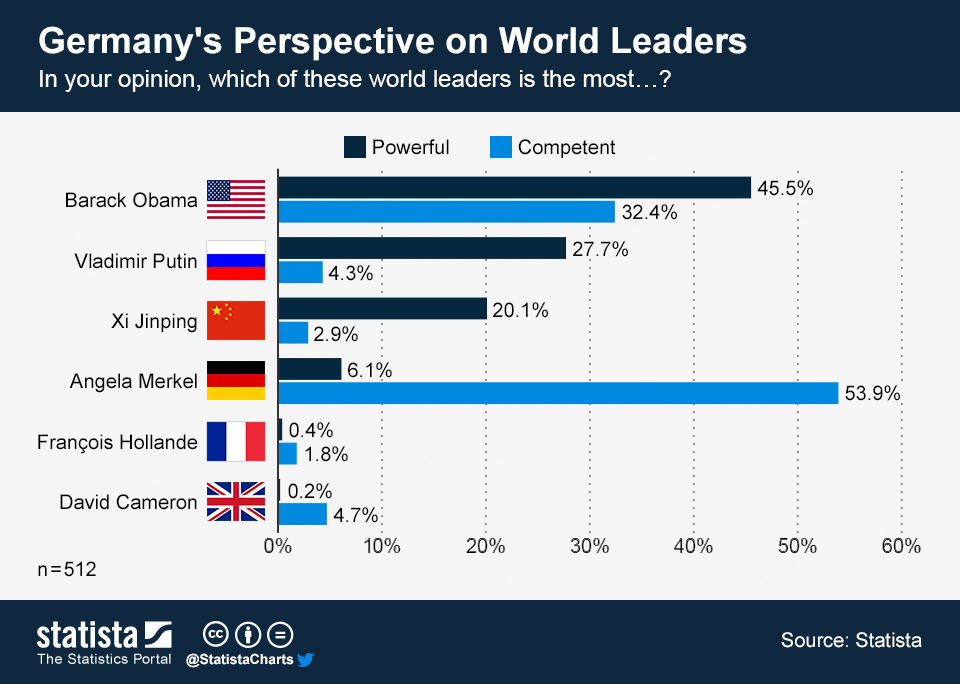 This chart provides a survey on Germany's perspective on various world leaders. 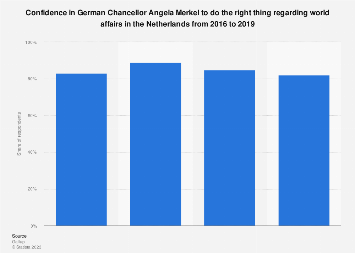 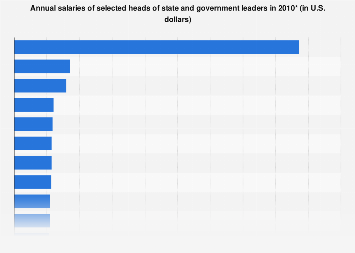 Salaries of heads of state and government 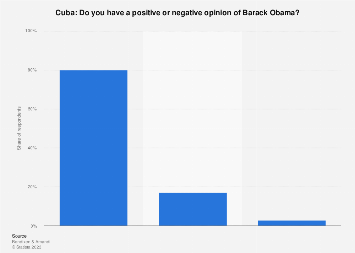 Popularity of Barack Obama in Cuba 2015 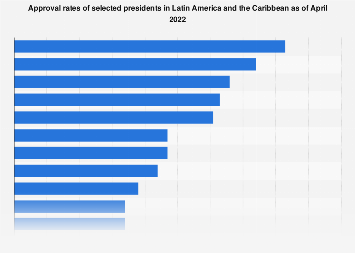 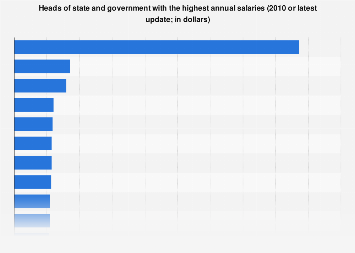 Heads of state and government with the highest annual salaries 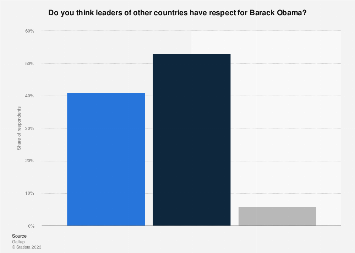 Survey on respect Barack Obama gets from leaders of other countries 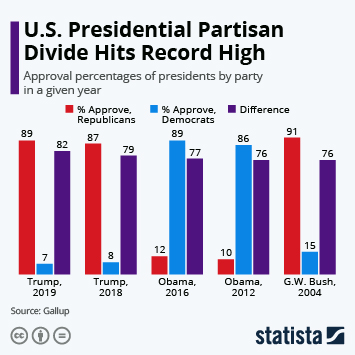 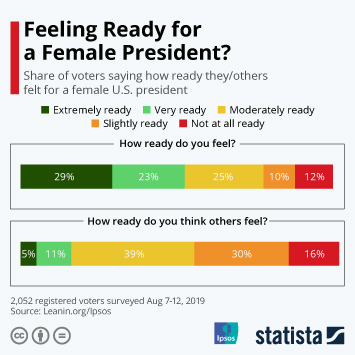 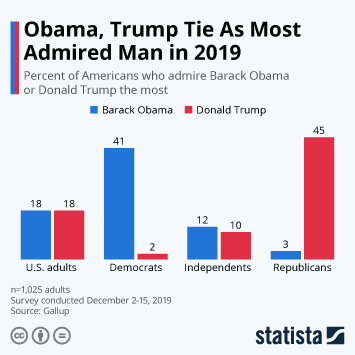 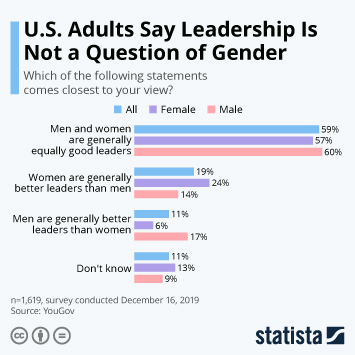 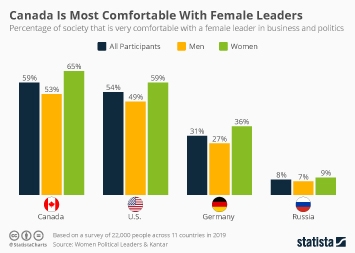 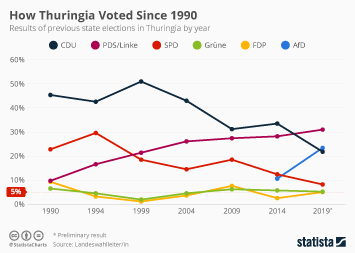 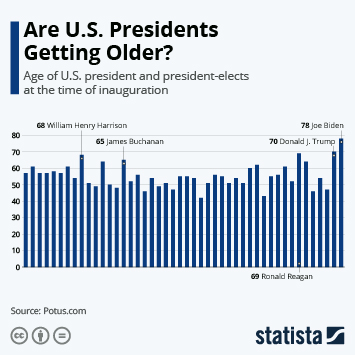 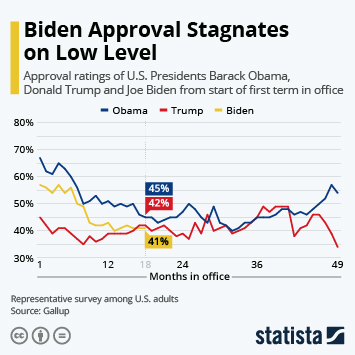 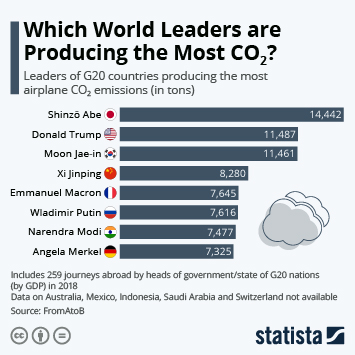 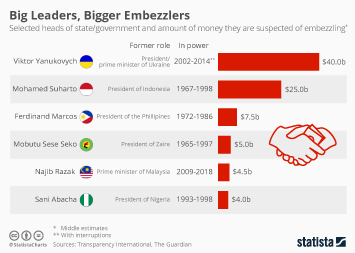 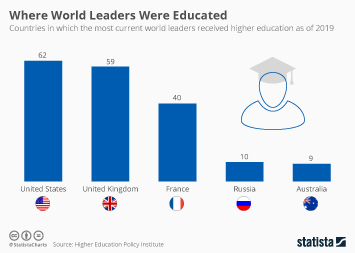 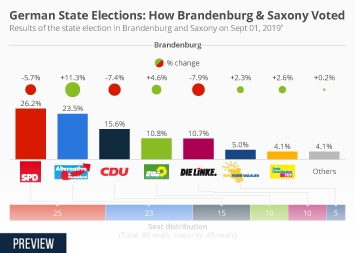 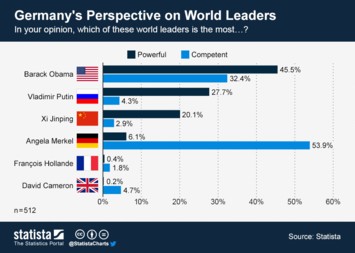