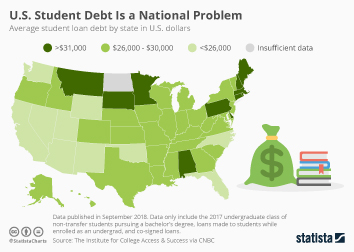 This chart shows the average student loan debt by state in U.S. dollars.