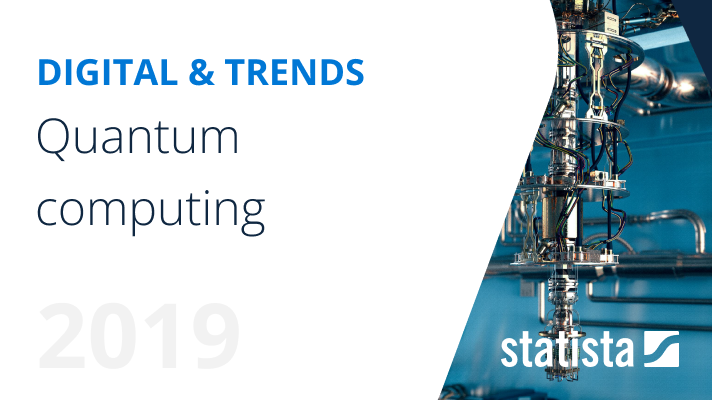 This statistical dossier takes an in-depth look at the current state of quantum computing (QC) and its projected development in the future.

The dossier initially looks at the concept behind quantum computers and how they work compared to classical computers using the binary system. A brief timeline puts quantum computing in perspective to the overall development and history of modern computers. The following part of the dossier compares market size projections and forecasts for QC, taking into account challenges on the way towards fully developed quantum computers. Use cases, applications, and the addressable market are also examined in this chapter of the dossier.

In a second step, the leading companies in QC in terms of funding and patent applications (established tech giants as well as smaller companies and startups) are identified. The dossier also provides a close look at the efforts and policies of individual countries in relation to quantum computing. ​
Order study
Yes, let me download!
...and make my research life easier.