Published by
Aaron O'Neill,
Apr 22, 2021
Yemen is located in the Middle East, bordering Oman and Saudi Arabia. It has a population of around 30 million people, and is expected to surpass this amount by more than four million by 2022. The country's population growth has been slowly decreasing over the last years, most noticeably during the last decade. Yemen's capital, Sanaa, is the most populated city in the country, and at the same time, holds the tragic reputation of being among Asian cities with the highest homicide rates. Although Yemen's population is estimated to increase in the following years, the fertility rate has been on a decline since 2005, in accordance with the country's population growth trend; still, the birth rate is quite high compared to other countries: In 2015, it amounted to 4.1 children per woman.
The Republic of Yemen, which was part of the Ottoman Empire until 1918, was established through the union of the Yemen Arab Republic, or North Yemen, and South Yemen in 1990. The official language spoken here is Arabic, but numerous other local languages and dialects are spoken as well. Due to political and societal instability in the country, Yemen's economy is rather shaky as well. Yemen has been struggling with political unrest (like the Yemeni crisis in 2011), the presence of Al-Qaeda with resulting conflicts and the death of civilians, and constant terrorist threats to the population.

The trade balance in Yemen has been on a negative trend for the last 9 years, showing a continuously growing trade deficit. In addition to that, the national debt of Yemen is growing at a fast pace, accumulating an estimated 30 billion U.S. dollars in debt as of 2017. As of 2016, Yemen’s trade deficit amounted to some 5.77 billion U.S. dollars. The growth rate of the country’s GDP fluctuated in both directions for the last 6 years, having reached 10 percent in 2016 (after a staggering slump of more than 28 percent in 2015). Its most important export partner is Egypt, with a share of more than a quarter in all exports, which mostly consist of crude oil, gas and coffee. The lion's share of Yemen's imports originate from the United Arab Emirates, with a share of 18.5 percent - mostly machinery, foodstuffs and livestock.

In the following 5 chapters, you will quickly find the 43 most important statistics relating to "Yemen".

The most important key figures provide you with a compact summary of the topic of "Yemen" and take you straight to the corresponding statistics. 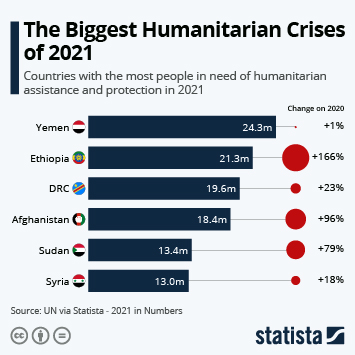 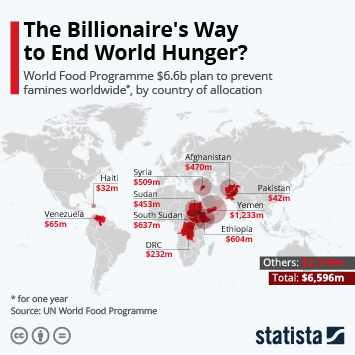