40k
57k
41k
9.6k
The global economic climate index published quarterly by the Ifo Institute spells out more gloom for the global economy. For the index, 1,173 experts from 116 countries are questioned and the responses are weighted based on their countries' GDP to arrive at a global outlook. The index’s scale is -100 to +100, with 0 showing an equal balance between positive and negative outlooks.

In the latest release looking ahead to the third quarter of 2019, more experts had a negative opinion of the world economic climate, which led to a rating of -10, compared to -2 for the second quarter.

Comparing the economic climate rating to the way the experts rated the current economic situation and the outlook on the next six months, an even gloomier picture arises. Here, the scale for the current situation is only tipped 5 points towards negativity, while the 6-month index sees even more experts give a negative outlook, showing a rating of close to -15. While ratings and outlooks were still looking very much positive in the beginning of 2018, the 6-month index began to tumble by the second quarter of that year and the other indices followed suit.

Several economic indices have signaled possible upcoming economic depression recently, be it GDP growth figures, slowdown in manufacturing or the ubiquitous U.S. treasury yield curve, which has been inverted for the U.S. as well as several other countries.

However, some observers have also pointed out that the current inversion of the yield curve, at least in the U.S., is tied to the long period of near zero interest rates around the world, which is causing a rush towards U.S. investments (where there are positive interest rates). They argue that this is what has been pulling down those yields, causing a warped picture of the yield spread not fit as an indicator. 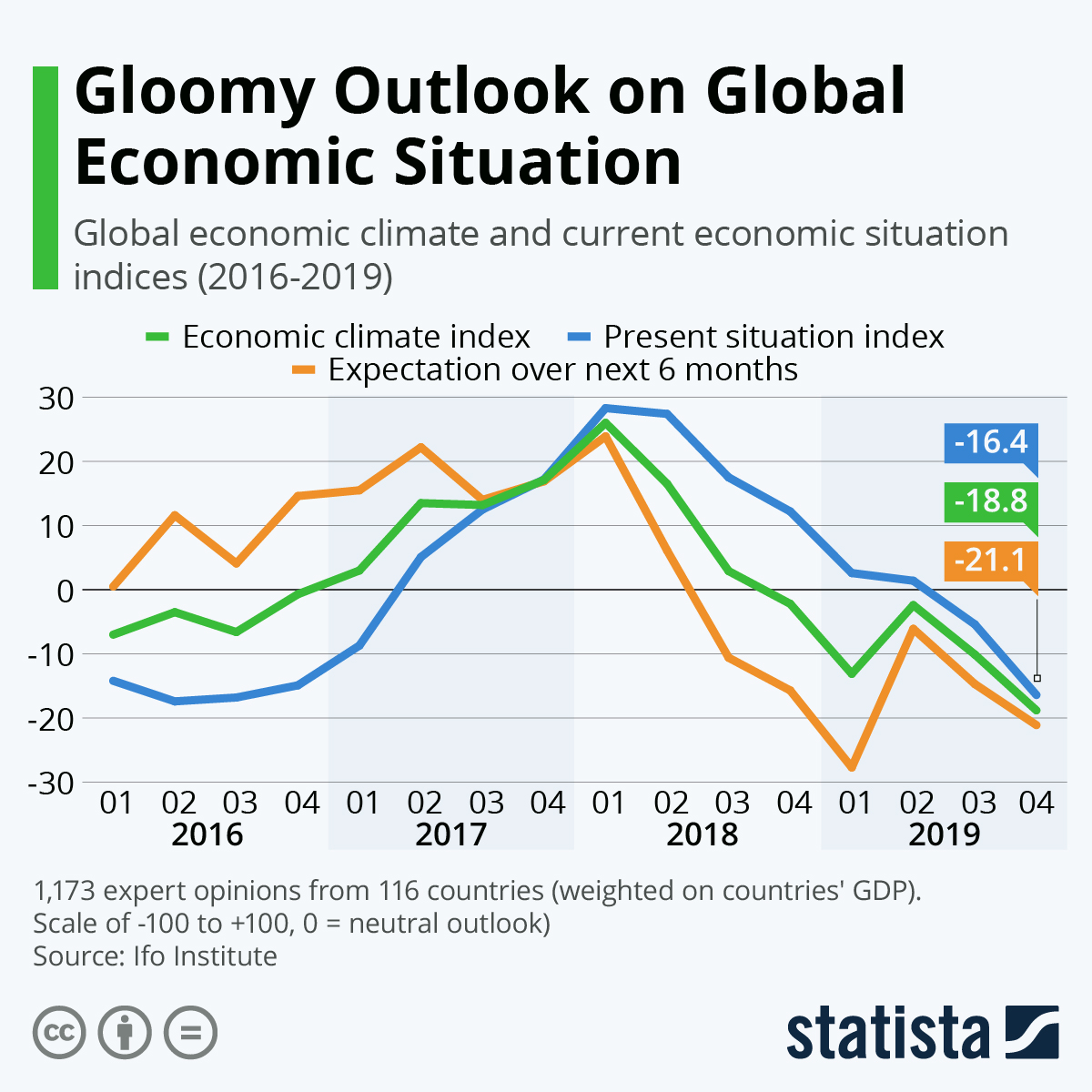 This chart shows different Ifo Institute indices on the global economy situation and the economic climate from 2010 to 2019. 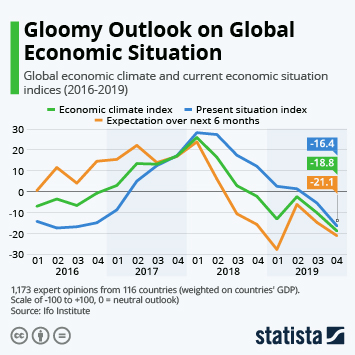