One of the biggest stories of 2020 (as far as celebrity news is concerned) has been "Megxit." Meghan Markle and Prince Harry announced they were going to take a step back from the Royal Family. This also means they may no longer be taking money from the crown. Every year, each member of the royal family earns part of their salary from the Sovereign Grant, which provides financial support for their official duties.

Queen Elizabeth II is the wealthiest member of the Royal Family, earning an estimated total annual income of $64.5 million. She has an estimated net worth of $500 million.

When it comes to riches, no one else in the royal family is as well off as Her Majesty. Prince Charles, who is next in line for the throne, has an estimated total annual income of $31.6 million and total estimated net worth of $100 million.

According to assessments, Prince William and Prince Harry have similar incomes and net worth. They reportedly earn $6.6 million annually from the Sovereign Grant, which they split, and each have an estimated net worth that ranges around $40 million.

Prince Harry’s income could fluctuate is his title is renounced. Rumors claimed Markle was already inking up a deal with Disney to do voiceovers for future projects, though the money will reportedly go to charity.

On January 13, the queen confirmed Prince Harry and Meghan Markle were stepping back as senior royal members. “My family and I are entirely supportive of Harry and Meghan’s desire to create a new life as a young family. Although we would have preferred them to remain full-time working Members of the Royal Family, we respect and understand their wish to live a more independent life as a family while remaining a valued part of my family,” she said. 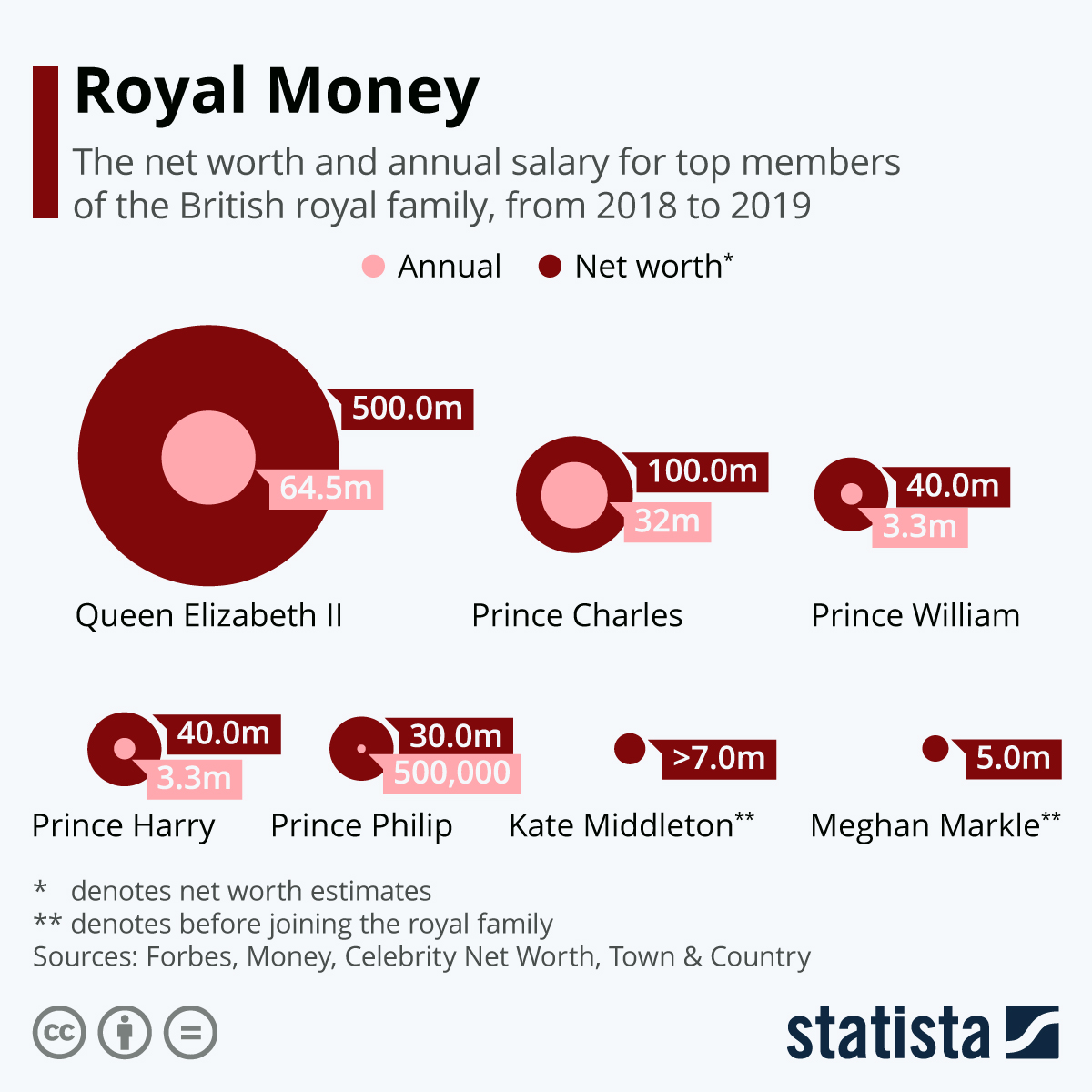 This chart shows the net worth and annual salary of members of the British royal family for 2018 to 2019. 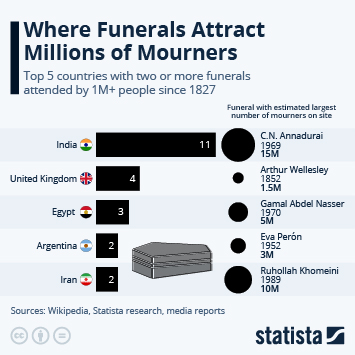 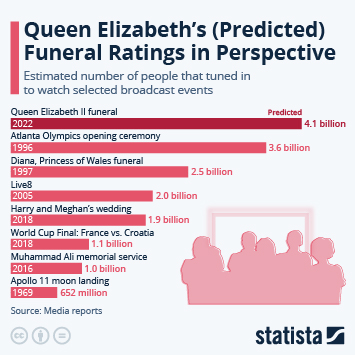 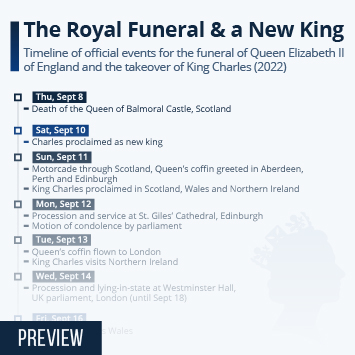 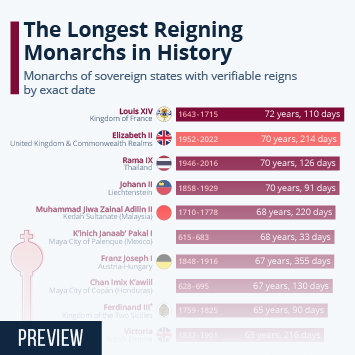 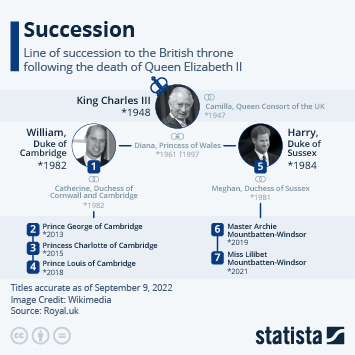 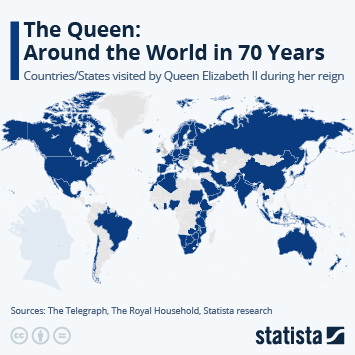 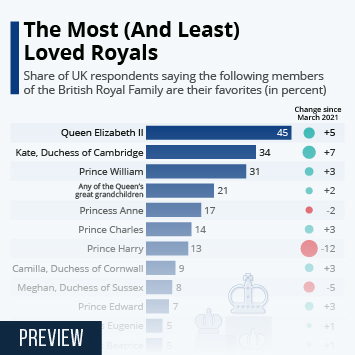 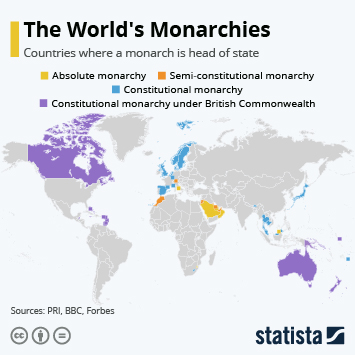 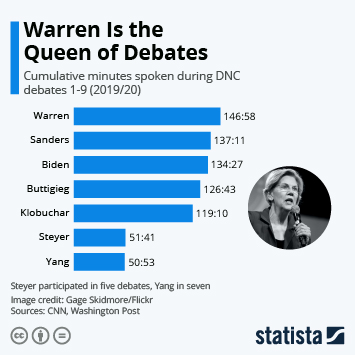 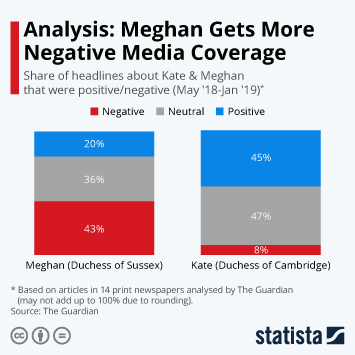 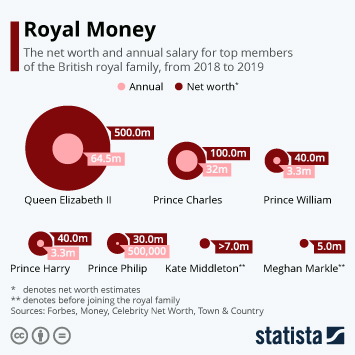 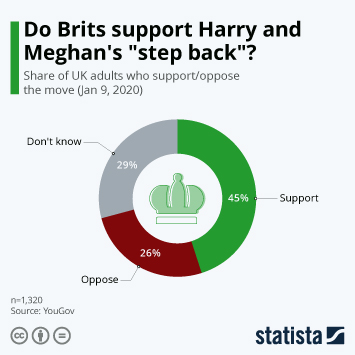