When looking closer at annual academic library budgets, post-secondary education institutions in the United States spent most of the financial resources on supporting ongoing commitments to subscriptions in 2015. The second largest segment was operation and maintenance expenses. As of 2015, materials and services costs in academic libraries at post-secondary education institutions granting doctoral degrees amounted to 5.7 million U.S. dollars, while Bachelor of Arts institutions spent 524, 184 U.S. dollars on average.

In the following 4 chapters, you will quickly find the 34 most important statistics relating to "Academic libraries in the United States". 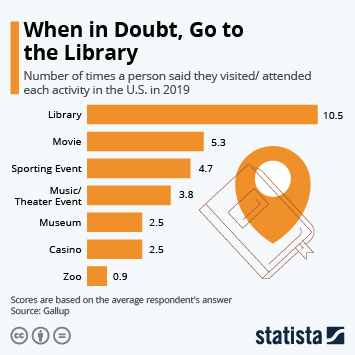