At an estimated total of $2.1 billion, the North American box office just had the worst year in more than three decades. With earnings down more than 80 percent from the previous year, movie theaters and the film industry have been hit incredibly hard by the coronavirus pandemic, as screens went dark in most parts of the world in late March, when strict social distancing measures were implemented to contain the virus. Box office earnings vanished practically overnight, and film studios were forced to push back movie releases to later in the year, hoping that things would be back to normal by then.

Unfortunately, things never went back to normal, as the virus returned in full force after a brief period of hope in late summer, when movie theaters had just started reopening. With the virus threat still imminent and mass inoculation expected to take months at least, 2021 is shaping up to be another challenging year for the battered film industry.

In a damage control effort, Warner Bros. Pictures announced last month that all of its 2021 releases would be simultaneously available for streaming on HBO Max - a radical step that seemed unthinkable a year ago. “No one wants films back on the big screen more than we do,” Ann Sarnoff, Chair and CEO of WarnerMedia Studios and Networks Group, said in a statement. “We know new content is the lifeblood of theatrical exhibition, but we have to balance this with the reality that most theaters in the U.S. will likely operate at reduced capacity throughout 2021.”

While embracing streaming as an alternative means of distribution during these special times seems like a shrewd move, it might prove difficult to put the genie back in the bottle once the pandemic is over. Consumers have a way of quickly getting used to new realities, and while some of us may miss the moviegoing experience, others have long called for the end of theatrical release windows. 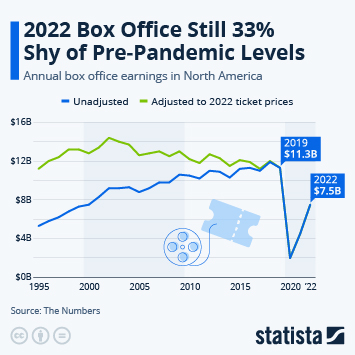