Separated by the South China Sea, Malaysia is divided into Peninsular Malaysia and East Malaysia, both quite similar in size. Overall, thirteen states and three federal territories comprise Malaysia. Peninsular Malaysia shares a border with Thailand and maritime borders with Singapore, Vietnam and Indonesia. East Malaysia, on the other hand, borders Brunei and Indonesia and also shares a maritime border with the Philippines.
Even though Kuala Lumpur is both the largest city and capital, the federal government is in the city of Putrajaya. In 2017, the total population of Malaysia amounted to approximately 32 million, with most of the inhabitants living in Peninsular Malaysia. The average age of the population in 2015 was 27.7 years, which points to a remarkably young Malaysian population in general. However, the average age has been increasing constantly over the last decades and is expected to continue to rise, and life expectancy is not significantly lower than in other Southeast Asian states.

Since its independence in 1957, the Malaysian economy has been one of the strongest in Asia. It is mainly fueled by its natural resources, although in recent years the tourism, commerce and science sectors have expanded. Over the last decade, estimated gross domestic product of Malaysia has been increasing steadily, apart from a slight slump in 2015 and 2016, and is expected to pick up speed over the next few years again. GDP per capita peaked before the 2015 recession, but it is recovering to pre-crisis levels. Malaysia has had a positive trade balance for the last decade. In 2008, the trade surplus was reported to be over 43 billion U.S. dollars, a figure that Malaysia almost reached a second time in 2011. Since then, the trade surplus has been slightly decreasing though. Still, all of these figures are signs of a strong export sector.

Despite being one of the nations with the highest quality of infrastructure in air traffic, Malaysian air traffic suffered a devastating tragedy in 2014. While flying from Kuala Lumpur International Airport to Beijing Capital International Airport on March 8, 2014, Malaysia Airlines Flight 370 disappeared from air traffic controllers’ radar screens. As a result, 239 people lost their lives, and a search area bigger than the size of Australia was set up. Despite extensive search efforts, so far, no plane wreck or remains have been recovered. Four months later, Malaysia Airlines Flight 17 was shot down in Ukraine, while flying to Malaysia, causing 298 fatalities. As of 2017, Malaysia got a relatively high rating on the Travel and Tourism Competitiveness Index. However, it remains to be seen if Malaysia will keep this ranking.
This text provides general information. Statista assumes no liability for the information given being complete or correct. Due to varying update cycles, statistics can display more up-to-date data than referenced in the text.

Total population of the ASEAN countries from 2017 to 2027

Malaysia and the coronavirus 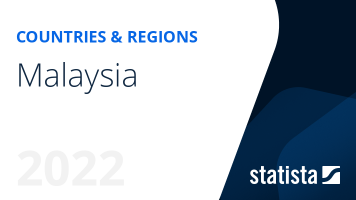 The most important key figures provide you with a compact summary of the topic of "Malaysia" and take you straight to the corresponding statistics.