The parliamentary elections for the Spanish autonomous community of Catalonia took place on September 27, 2015. After a referendum on independence, planned to take place in November 2014, was declared illegal by the Spanish government, the president of the Generalitat, Artur Mas, called parliamentary elections a year earlier than the latest possible date, December 25, 2016.
The pro-independence allied list of Junts pel Sí (Together for Yes) won the election, achieving 62 seats out of a total of 135. Along with the 10 seats gained by the left-wing party CUP, pro-independence parties were able to secure an absolute majority of seats in the Catalan parliament. That said, these two parties were just shy of winning half of the votes at 47.74 percent. This has led to the Spanish government, as well as pro-unionist parties rejecting the idea that the majority of Catalans want independence. On the other hand pro-independence groups have pointed out that only 39.17 percent of votes were for parties which were explicitly against independence with further parties, such as Catalunya Sí que es Pot, stating that it was neither for or against independence.

This election was clearly very important for Catalonia, with over three thirds of the electorate coming out to vote, a record for the region. The vast majority of the electorate resided in the province of Barcelona (one of four), while there were also almost 200,000 Catalans registered abroad.

Junts pel Sí, an alliance of groups including the center-right Convergència, the party of the Catalan president Artur Mas, and the center-left Esquerra Republicana Catalana (ERC), has declared that it has been given a clear mandate by the electorate to begin the process towards declaring independence, possibly unilaterally.
This text provides general information. Statista assumes no liability for the information given being complete or correct. Due to varying update cycles, statistics can display more up-to-date data than referenced in the text.
Published by Statista Research Department, Nov 23, 2021

Share of Catalonian residents that intended to vote for Junts pel Sí in the 2015 Catalan Parliament elections
35.8%

Share of Catalan residents that intended to vote for the CiU or ERC in the 2015 Catalan parliamentary elections
13.3

Catalan elections: opinion about the independence of Catalonia June 2015

Catalan independence: feeling about being Spanish or Catalan April 2015, by province

Opinion on issues related to independence 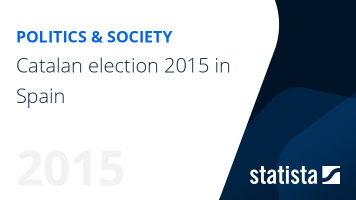 The most important key figures provide you with a compact summary of the topic of "Catalan election Spain 2015" and take you straight to the corresponding statistics. 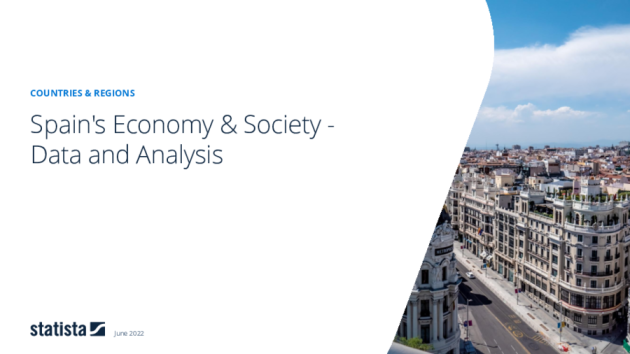