Mergers and acquisitions in the U.S. - statistics & facts

Published by Statista Research Department, Jan 7, 2022
The merger and acquisition sector in the United States is home to tens of thousands of deals each year. In favorable economic conditions, the value of these deals is well over one trillion U.S. dollars. This helps companies come together in a way that makes them more efficient, taking advantage of economies of scale and scope. Economies of scale is when a larger company would be more efficient than two companies in a given region, such as companies from neighboring states that combine to conduct business from the same headquarters. Economies of scope include vertical integration, when companies include different parts of the supply chain to ensure reliable access to components. Both concepts encourage companies to combine, when appropriate.

Which sector attracts the most M&A deals?

Some industries are more suitable for combining companies than others. The technology sector is the most attractive sector for M&A deals, particularly given the rapid shift in digital technology in various business sectors in the past years. Since the process involves intense negotiations between companies, as well as government regulation, financial advisors are crucial in making such deals. Many top investment banks advise on hundreds of deals annually. Similarly, large legal firms dedicate themselves entirely to navigating the procedural difficulties of such transactions. The largest legal advisors oversee dozens of deals each year.

How will M&A activity evolve in the near future?

The outlook for M&A activity depends on how adaptable companies can be regarding changing economic conditions and new trends. Greater acceptance and growth of creative deal types, such as SPACs and PIPEs, was cited as the most important near-term M&A driver for 2021 by U.S. corporates and equity firms in a March 2021 survey. SPAC mergers and acquisitions in certain sectors, such as auto and software, are larger than in others.

In the following 5 chapters, you will quickly find the 21 most important statistics relating to "Mergers and acquisitions in the United States".

The most important key figures provide you with a compact summary of the topic of "Mergers and acquisitions in the United States" and take you straight to the corresponding statistics.

Mergers and acquisitions in Europe 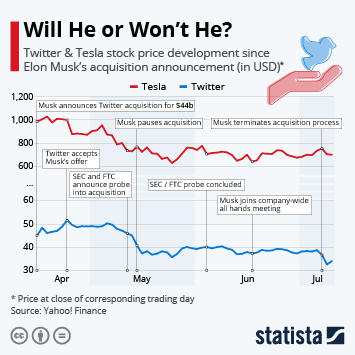 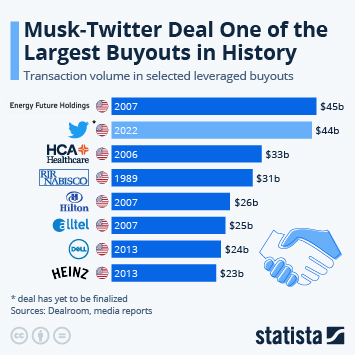