Following another rate hike by the Fed last month, inflation showed further signs of cooling in December, as prices declined 0.1 percent compared to November and 6.5 percent compared to December 2021. While that's still higher than anything seen in the past 40 years, it is the lowest reading since October 2021, when prices had climbed 6.2 percent year-over-year. A steep drop in gasoline prices as well as a deceleration in food price growth contributed to the easing of inflation, which was in line with Wall Street expectations.

The less volatile core CPI-U excluding food and energy rose by 0.3 percent in December, up from 0.2 percent the previous month, as gasoline, the biggest contributor to the drop in the all-items index, is excluded from the core index. Year-over-year, core inflation came in at 5.7 percent, slightly down from the November reading of 6.0 percent. At a press conference last month, Fed chairman Jerome Powell had welcomed the downward trend in inflation readings, but warned that it would take "substantially more evidence to give confidence that inflation is on a sustained downward path."

When inflation started spiking in the spring/early summer of 2021, it was largely due to the so-called base effect, reversing the pandemic’s cooling effect on consumer prices a year earlier. At the onset of the pandemic, prices had taken a dive due to a sudden drop in consumer spending and fuel demand before slowly climbing back to their pre-pandemic trajectory over the summer and fall. Due to that initial dip in consumer prices, year-over-year comparisons were always going to be exaggerated for a while, but that is no longer the case. The war in Ukraine, which put upward pressure on global food and energy prices, continued supply chain disruptions due to Covid as well as the tight labor market in the U.S. are contributing factors to the current inflation crisis. 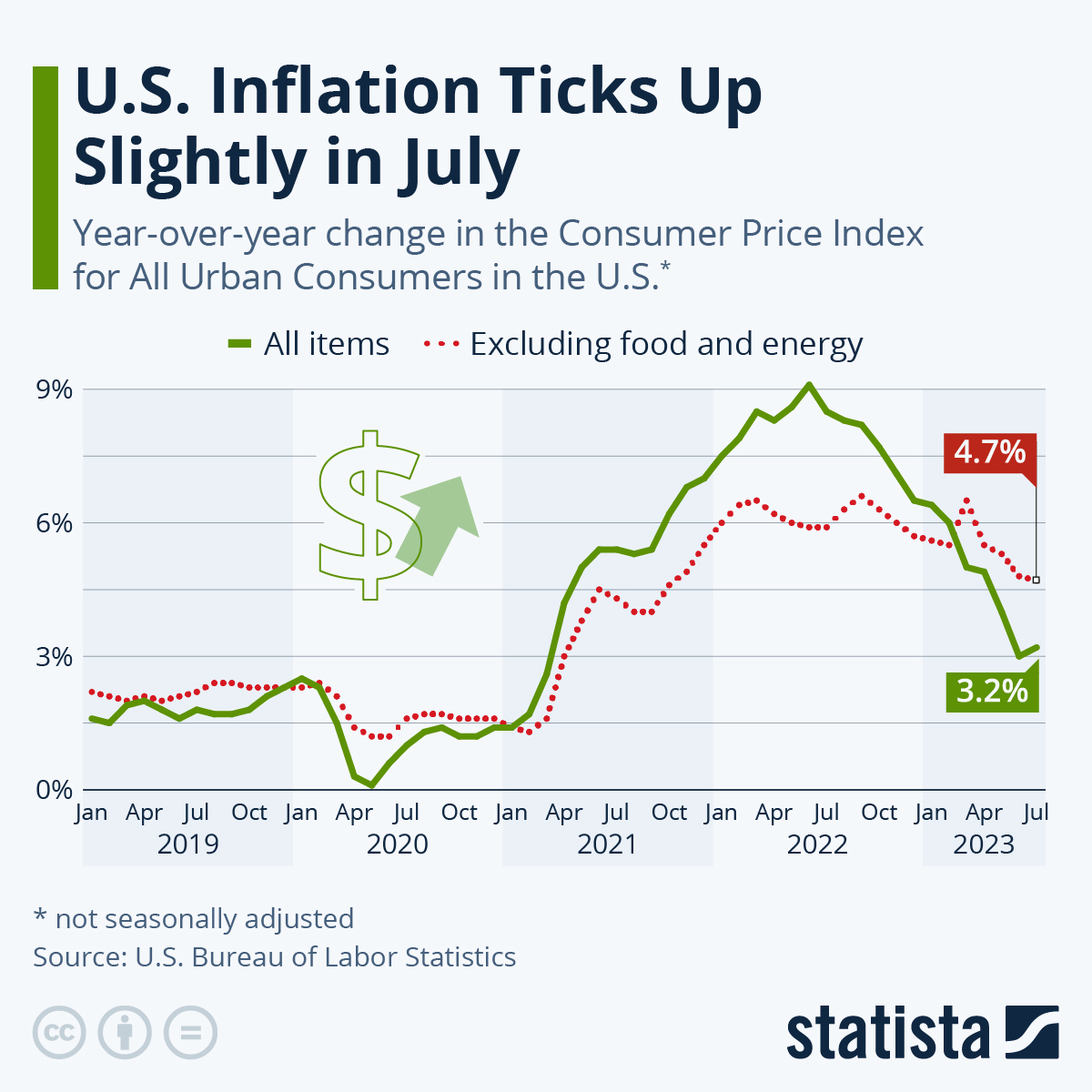 This chart shows the year-over-year change of the Consumer Price Index for All Urban Consumers in the U.S. 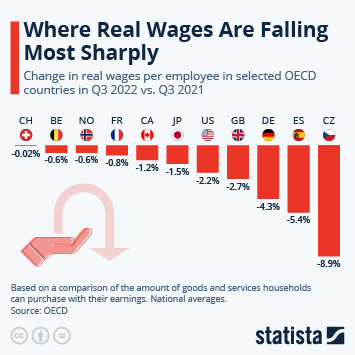 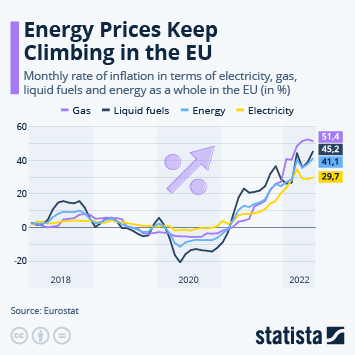 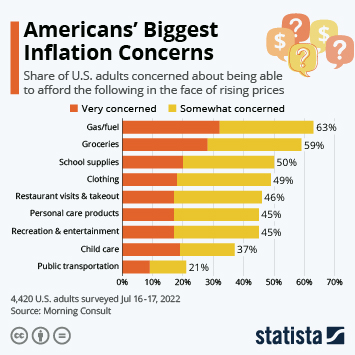 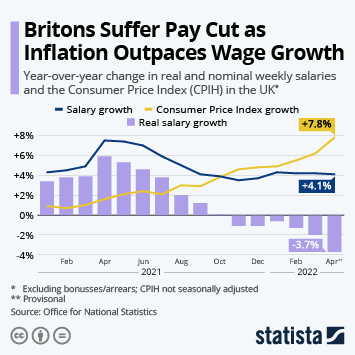 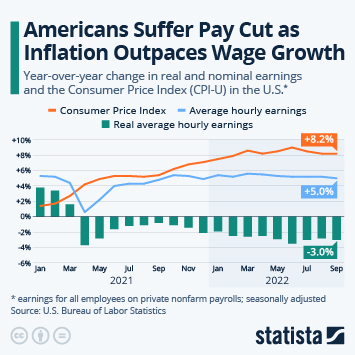 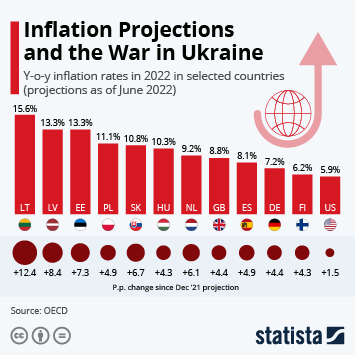 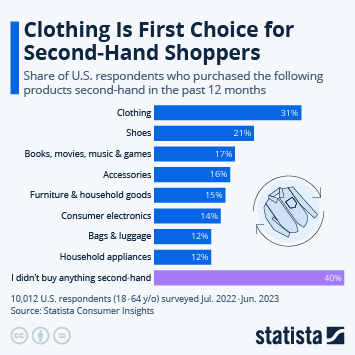 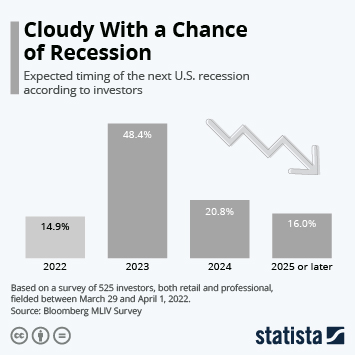 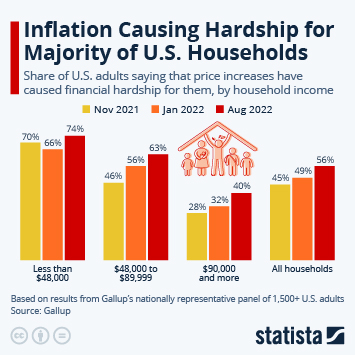 Inflation in the U.S. 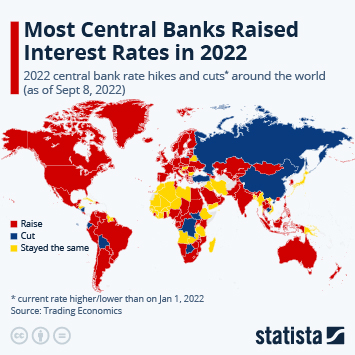 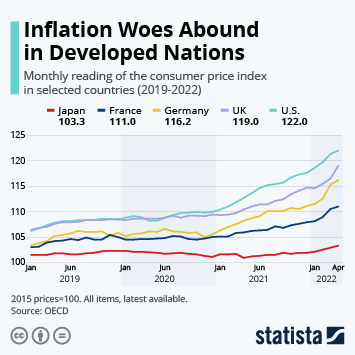 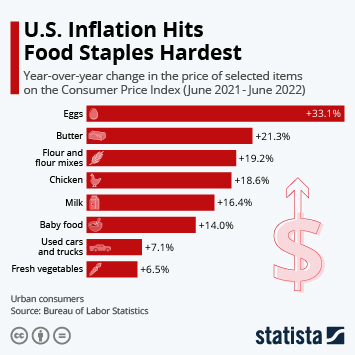 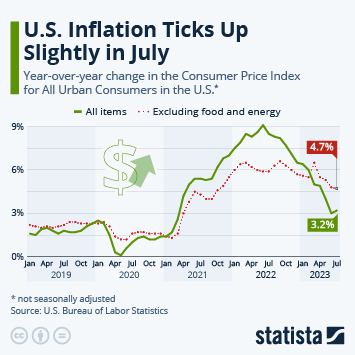