Published by N. Sönnichsen, Aug 24, 2022
Crude oil is the main ingredient for a great variety of industrial products such as transportation fuels, plastics, solvents, and a source of electricity and heat generation. The United States has been extracting oil since the 1850s and in the years since increased oil production to over 16 million barrels per day.

Where oil reserves are found in the U.S.

Up until the past decade, the majority of crude oil withdrawn in the U.S. was taken from carbonate and sandstone reservoirs. This liquid fossil fuel is found both in reservoir rocks and source rocks, with the latter having become more accessible and financially viable following technological advances. The U.S. holds the world’s ninth-largest oil reserves worldwide.

Permian basin is most productive oilfield

Texas is the leading oil-producing state in the country. The Permian basin and Eagle Ford Shale Play are largely located in Texas and one of the most actively drilled targets for conventional and unconventional oil, such as shale and oil sands. Due to the coronavirus pandemic, the number of operational oil rigs in the U.S. was significantly reduced in 2020, but has since been on the way to recovery. Although the Permian basin is the most productive oil region, the neighboring Eagle Ford play and North Dakota’s Bakken Formation ranked first in terms of oil production per new well.

Economic impacts of the oil industry

As a result of the relatively high cost of unconventional oil production, the coronavirus pandemic threatened many U.S.-based oil and gas projects and the liquidity of companies within the industry. Behemoths such as ExxonMobil reported record losses for the year as they struggled to turn profits while the WTI price fell to an annual average of 39.16 U.S. dollars per barrel – lower than during the 2015 and 2016 oil glut. In late 2021 and early 2022, the economic recovery following months of reduced travel activity and market uncertainties surrounding the Russia-Ukraine war brought about an oil supply bottleneck and pushed prices to 15-year highs. As a result, just two years after recording historic losses, major oil companies were able to cash in exorbitant profits for the first two quarters of 2022 despite production output staying relatively stable.

In the following 5 chapters, you will quickly find the 26 most important statistics relating to "Oil industry in the U.S.".

The most important key figures provide you with a compact summary of the topic of "Oil industry in the U.S." and take you straight to the corresponding statistics. 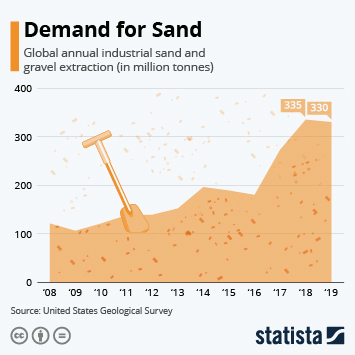 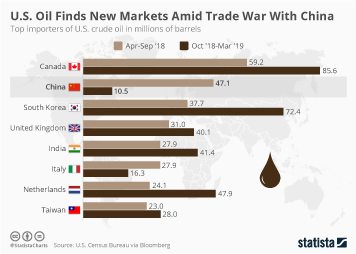