The United States and China are the world’s largest economies with a complex and long-lasting trade relationship. As of 2021, China was the third-largest export market for the United States after Canada and Mexico. Commodity exports from the United States to China have grown substantially over the last two decades yet subsided since the start of a trade war in 2018.

China was one of the top five goods export destinations for most states in 2020. Texas, California, Oregon, Illinois, and Indiana were the five leading states exporting to China, jointly contributing around 47 percent of commodity exports. Among the export leaders, only California saw a slight decrease in their exports to China in 2020. In contrast, Indiana witnessed a more than 88 percent leap in exports, mainly from pharmaceutical products and medical equipment.

Soybeans, semiconductors, industrial machines, pharmaceutical preparations, and passenger cars were among the most exported commodities to China. The theory of comparative advantage suggests that under the condition of international trade, countries could profit from the specialization in the production of goods that they are relatively efficient in producing. The United States’ comparative advantage over China lies in high-tech manufacturing and agricultural products, reflected in the leading export categories to China. California, home to numerous technology enterprises, exports electronics such as semiconductors to China to be inserted into mobile phones. Exports from Washington to China are dominated by the aerospace sector, as it is home to significant assembly sites of Boeing. By comparison, China’s comparative advantage lies largely in labor-intensive, manufactured goods.

A brief overview of the U.S.-China trade war

Despite the relatively high export volume from the U.S. to China, the latter is also the main source of the United States’ trade deficit. In 2017, the growing U.S. imports from China exceeded its exports by nearly 375 billion U.S. dollars, becoming a major political issue. In July 2018, the Trump administration made an official launch of the new trade tariff policy towards Beijing with a goal to reduce the trade deficit and change other Chinese trading practices. It is believed that the trade war cost the United States over 25 billion U.S. dollars on agricultural exports in 2018 and 2019. Meanwhile, China also suffered from a significant drop in merchandise trade balance during the trade tensions.

After the bilateral trade stalled for nearly two years, at the beginning of 2020, the two nations joined an agreement on bolstering the trade ties. In the Phase One Agreement, China committed to increasing its purchase of U.S. goods and services by a substantial amount, including 200 billion-dollar worth of manufacturer goods, energy, and services. In 2021, the United States exported approximately 151 billion U.S. dollars worth of merchandise to China, a historical high since the 1980s. Nevertheless, by the end of 2021, only less than 60 percent of the goal was met.
This text provides general information. Statista assumes no liability for the information given being complete or correct. Due to varying update cycles, statistics can display more up-to-date data than referenced in the text.

Yihan Ma
Research expert covering e-commerce and FMCG in Greater China
Get in touch with us now
Published by Yihan Ma, Nov 17, 2022 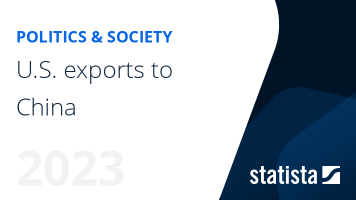 The most important key figures provide you with a compact summary of the topic of "U.S. exports to China" and take you straight to the corresponding statistics.

Export categories of trade goods from U.S. to China 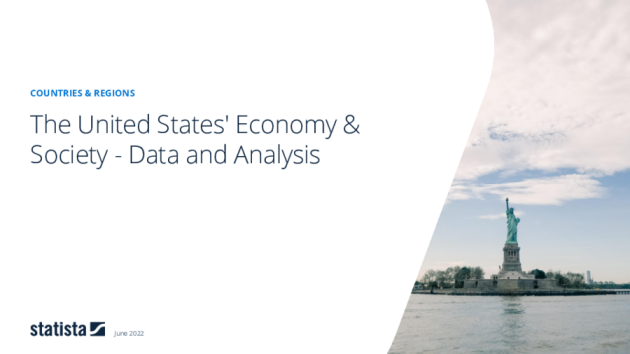