Published by
Mathilde Carlier,
Oct 15, 2021
The United States’ gasoline station sector recorded a gross output of approximately 101.4 billion U.S. dollars in 2020. A year later, gasoline internal combustion engines (ICEs) amounted to just under 90 percent of the light vehicle sales by fuel type, including cars and light trucks. ICEs have been around for centuries, but not until the past two hundred years have they become so pervasive in modern society. This type of engine has served as the primary method to power various types of vehicles, especially passenger vehicles. With the advent of the Model T in 1908, Ford Motor Company helped popularize car use through the mass production of automobiles. With the sudden availability, affordability, and increased safety of cars, the American consumer began a love affair that continues to this day.

Relationship between consumers and cars

The U.S. automotive industry represented some 14.5 million light vehicle sales in 2020, with the majority having gasoline ICEs. Motor vehicle gasoline consumption had steadily increased through 2019, reaching over 146 billion gallons in that year. Motor gasoline is by far the energy source in highest demand in the U.S. transportation sector, dwarfing distillate fuel oil by over seven quadrillion British thermal units in 2020. Carbon dioxide emission levels of light-duty vehicles, the mode of transport projected to use the most energy in 2020, have lowered in the past few years. Pickup trucks, the vehicles with the steepest emission levels, went from emitting some 470 grams of CO2 per mile in 2017 to 460 grams per mile in 2020. Other vehicle types recorded similar drops.

Environmental concerns are beginning to disrupt the monopoly held over the industry by gasoline-powered vehicles. Fuel ethanol or "biofuel" production has skyrocketed from 175 million gallons produced in 1980 to an estimated 13.8 billion gallons produced in 2020. Alternative fuels provide options for consumers to drive vehicles that emit significantly decreased levels of air pollution. Electric vehicles employ the use of electric motors, which allow consumers to drive without concerns over emitting dangerous air pollutants. However, these types of vehicles still present concerns over efficiency, battery range, and safety. In some states, vehicle licensing fees remain higher for electric vehicles than for standard vehicles, adding to the lack of incentives for drivers to switch to battery-electric cars. Gasoline-powered vehicles are losing their stronghold over the automobile industry, but the jury is still out over when alternative fuel options will overtake the beloved vehicles that pushed Americans to hit the road.

In the following 4 chapters, you will quickly find the 29 most important statistics relating to "Gasoline-powered vehicles in the United States".

Statistics on the topic
Most used energy source in the U.S. transportation sector
Motor gasoline
Average quarterly retail price of regular gasoline in the United States
3.33 USD/gallon
Share of internal combustion engine (ICE) light trucks sold in the U.S. in 2019
56%

The most important key figures provide you with a compact summary of the topic of "Gasoline-powered vehicles in the United States" and take you straight to the corresponding statistics.

Gasoline and diesel market in the U.S. 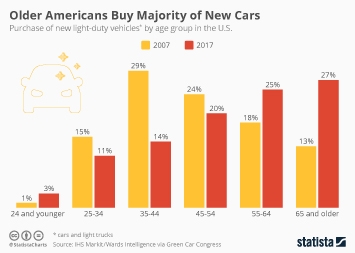