Published by Statista Research Department, Jul 5, 2022
The nail salon industry in the U.S. is comprised of nail care services including manicures, pedicures and false nails, as well as the sale of nail care products like nail polish and nail care accessories. Predominantly these products and services are provided by nail salons, but they may also be offered through other businesses such as hotels, health & personal care stores, and department stores. As of 2018, there were almost 395,600 nail technicians and just over 56,300 individual nail salons in the United States. In the same year, the average annual wage of manicurists and pedicurists was 25,860 U.S. dollars.
Overall the industry has seen inconsistent growth in the ten years to 2018. Total spending on nail salon services in the U.S. was 8.36 billion U.S. dollars in 2018, only a small increase on the 8.28 billion dollars in 2013. However, the 2013 figure is a significant increase on the 2008 figure of 6.3 billion dollars. This trend is reversed for employment growth though, with the period 2013 to 2018 seeing growth from 364,247 to 395,658 nail technicians.

In the following 4 chapters, you will quickly find the 24 most important statistics relating to "Nail salons in the U.S.".

The most important key figures provide you with a compact summary of the topic of "Nail salons in the U.S." and take you straight to the corresponding statistics.

Hair care product and shampoo market in the U.S. 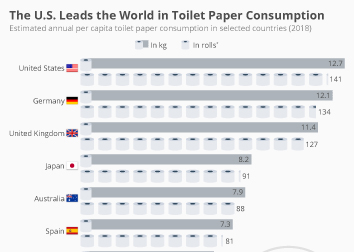