Published by
Jang Seob Yoon,
May 23, 2022
The vast majority of South Koreans own a smartphone. Given the integral part that smartphones play in the everyday lives of most people, this fact is not a surprise. The country has a reputation for being open to new technologies and most consumers adapt quickly to new trends. The most prominent current example is 5G; ever since its rollout in 2019, more and more consumers are signing up to a 5G contract. The launch of 5G was an effort pushed on a government level, and South Korea's citizens have been open to adapting this new technology.

How long are South Koreans on their smartphones?

What are the most popular apps used by South Koreans?

Sampled data analysis found that YouTube was the Android application that was used the longest by South Koreans, with a total of more than 70 billion minutes. The popularity of YouTube is increasingly evident in user data and this trend seems to stand the test of time as the years go on. The second longest used application was KakaoTalk, an instant messenger app that was developed in South Korea. The company behind KakaoTalk, DaumKakao, does not only operate the most frequently used instant messenger service of the nation, but also is increasing their reach by developing company profiles, games, an online bank, and more, making it a household name in various industry sectors.

In the following 5 chapters, you will quickly find the 26 most important statistics relating to "Smartphone usage in South Korea". 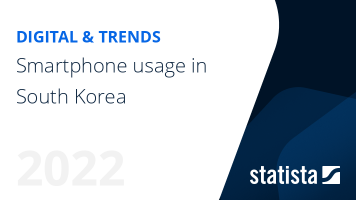 The most important key figures provide you with a compact summary of the topic of "Smartphone usage in South Korea" and take you straight to the corresponding statistics. 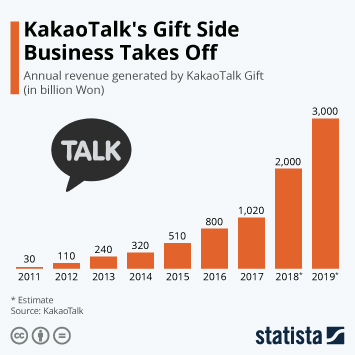