Published by
P. Smith,
Apr 29, 2022
As the name suggests, dollar stores predominantly sell all their merchandise at the price of one dollar, typically selling inexpensive items. With a rising cost of living, and the negative economic impact of the coronavirus (COVID-19) pandemic restricting people's budgets, these discount stores have been one of the retail sectors to profit from recent events. The dollar store industry has grown rapidly throughout the United States in recent years. As of 2021, there were over 35,000 dollar stores across the United States, an increase of roughly 5,000 since 2017. Companies operating within the dollar store model, such as Dollar General and Dollar Tree, feature in rankings of the leading American retailers, showing the success of this business strategy.

Dollar store consumers are generally shoppers who are on a tight budget and are looking to save as much as they can. In a survey conducted in 2021, when U.S. consumers were asked why they shop at dollar stores, the most common answer was that they are less expensive than other stores. However, other reasons also garnered a significant share of responses. Dollar store shoppers found them convenient and enjoyed browsing there. In the same survey, the goods most Americans said they purchase from dollar stores were household goods, such as cleaning supplies or toilet paper, and home decor and party supplies.

In the following 5 chapters, you will quickly find the 25 most important statistics relating to "Dollar Stores in the U.S.".

The most important key figures provide you with a compact summary of the topic of "Dollar Stores in the U.S." and take you straight to the corresponding statistics.

Retail market in the United States 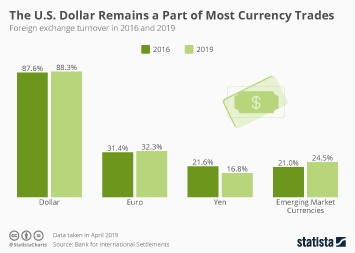