Published by N. Sönnichsen, Oct 13, 2022
Global energy consumption refers to the combined energy use of all households and industry sectors. Disparities between countries typically reflect varying income levels, differing attitudes and implementation of efficiency measures, the types of fuels consumed, and the climate zones inhabited. The Asia and Pacific region has the highest primary energy consumption of any region. With a population of over one billion people and its still fast-growing economy, China is currently the largest primary energy consumer in the world.

Although many governments have set up targets for substituting and phasing out coal, the fossil fuel remains the second most important source for worldwide final energy consumption after oil. By comparison, clean energy sources such as biomass and electricity account for around 20 percent of final energy use. Following the Fukushima disaster, nuclear energy consumption experienced a slump between 2011 and 2012, before growing again over the following years. Some governments such as China have championed the use of nuclear energy alongside renewables to better chances of assuaging climate change.
Renewable energy consumption has grown three-fold in the past decade as countries scramble to reduce their carbon footprint and deployment of solar and wind tech has become more affordable.

Global electricity consumption has grown to over 20,000 terawatt hours per annum in light of strong economic performance by BRIC countries and the championing of electrification. Electrification has been deemed one of the most crucial tools for reducing greenhouse gas emissions as it allows for the use of renewables across multiple sectors. China currently has the highest electricity consumption of any country worldwide.

In the following 5 chapters, you will quickly find the 24 most important statistics relating to "Global energy consumption". 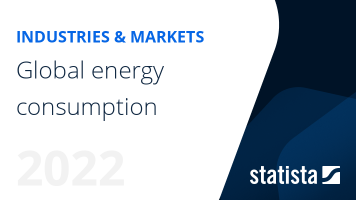 The most important key figures provide you with a compact summary of the topic of "Global energy consumption" and take you straight to the corresponding statistics. 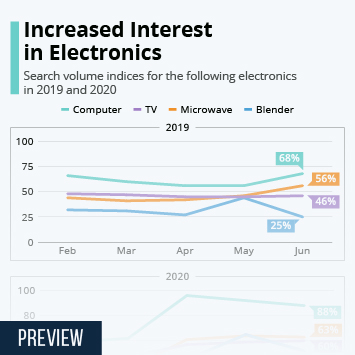 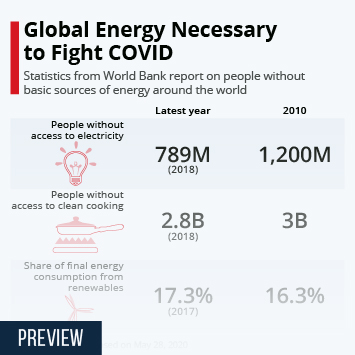