Published by
M. Garside,
Nov 22, 2021
Iron is the most commonly used metal worldwide. It is primarily used by the construction, engineering, automotive, and machinery industries, often as the main ingredient in steel. Thus, the supply of iron ore is an important factor for the global economy. Based on the production of usable iron ore, Australia and Brazil are the two largest iron producers in the world. In 2020, Australia produced an estimated 900 million metric tons of iron ore, while Brazil's production came to an estimated 400 million metric tons.

In the following 6 chapters, you will quickly find the 30 most important statistics relating to "Iron ore". 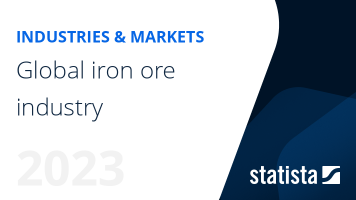 The most important key figures provide you with a compact summary of the topic of "Iron ore" and take you straight to the corresponding statistics. 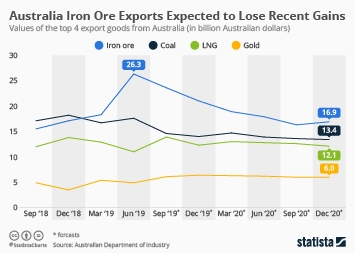