Published by F. Norrestad, Jan 12, 2022
In a world where wealth continues to accumulate in the hands of a few individuals it is interesting to consider where they keep their money, what they are investing in and who is advising them on their financial investments. As of 2020, there were around 20.8 million high-net-worth individuals (HNWIs) worldwide, defined as individuals whose net worth totals over one million U.S. dollars. Net worth takes into consideration an individual’s financial assets invested in a variety of classes, such as property, land, stocks, bonds etc. minus their debts and/or liabilities.

Where are the wealthiest individuals?

Both the number of high-net-worth individuals, and the value of HNWI’s assets are quite evenly distributed between North America and the Asia-Pacific, while Europe is the third largest region for HNWIs and their assets. However, the number of ultra-high-net-worth individuals (UHNWI), defined as individuals whose net worth exceeded 30 million U.S. dollars, is far greater in North America, and higher in Europe than in Asia. Most UHNWIs come from the United States, almost four times as many as in China, the country with the second highest number of UHNWIs. Despite this, the financial investable wealth of UHNWIs in the United States was only around 40 percent higher than in China.

What assets and investments comprise the net worth of these individuals?

In the following 4 chapters, you will quickly find the 23 most important statistics relating to "Investments of high-net-worth individuals".

The most important key figures provide you with a compact summary of the topic of "Investments of high-net-worth individuals" and take you straight to the corresponding statistics.

Investment advisors in the United States

Billionaires around the world 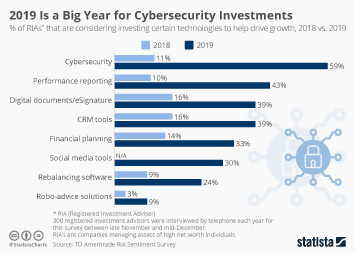