Taking into account the diverse causes that can lead to a car accident, one of the main causes of fatal accidents in France were sleepiness and drowsiness at the wheel. It was a different case in the United Kingdom, where accidents were mainly due to the driver not looking properly while driving. Even if not listed as a major cause of accidents, and even if the number of casualties related to drink driving has decreased significantly over the years, it is still consistently considered the key issue in terms of making roads safer in the United Kingdom. Speeding was believed to be the main cause of fatal accidents in Belgium, while inattention took the lead in the Netherlands.

It is also important to understand how citizens perceive governmental road safety measures. For example, one fourth of French individuals believed that the government did not take enough road safety measures. It is interesting, however, that at the same time France ranked second among European countries in terms of the quality of road infrastructure, meaning potential accidents and carelessness are less likely to happen as a result of the infrastructure itself.

In the following 4 chapters, you will quickly find the 24 most important statistics relating to "Road accidents in Europe".

The most important key figures provide you with a compact summary of the topic of "Road accidents in Europe" and take you straight to the corresponding statistics.

Length of the road network

Road accidents in the United States 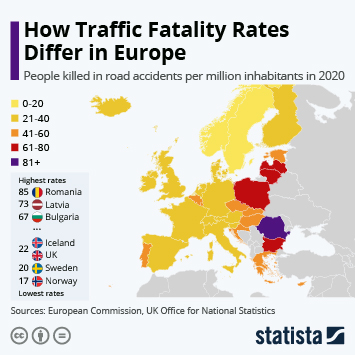 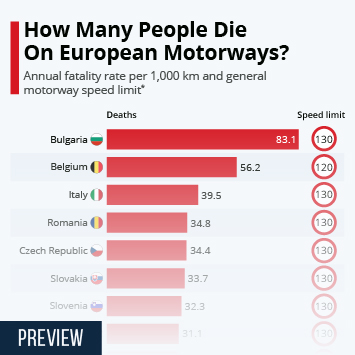