Walmart, formerly known as Wal-Mart Stores, Inc. was founded in 1962 by Sam Walton, when he and his brother James “Bud” Walton opened the first Wal-Mart Discount City in Rogers, Arkansas. From its humble beginnings, Walmart has grown to become the world's largest retailer and one of the world's best-known and most valuable brands, operating in 24 countries through its 10,593 discount stores, supercenters, neighborhood markets, and warehouse membership clubs. The retail chain offers low prices and a wide selection of products, which have given Walmart an edge over its competitors.

In 2022, the company generated global net sales of nearly 568 billion U.S. dollars. These figures have grown significantly in recent years; in 2022, they were up 2.3 percent from the previous fiscal year despite the fact that in the first quarter of that year the company closed its operations in the United Kingdom and Japan. Walmart’s gross profit margin has remained stable at around 24 to 25 percent over the last several years.

Walmart is mainly divided into three divisions: Sam's Club, Walmart International, and Walmart U.S., with the latter generating most of the company’s sales. While Walmart U.S. operates only in the U.S. and the international division has a presence in 24 countries around the world, Sam's Club, which operates both in the U.S. and abroad, has the distinction of being a members-only warehouse retailer, much like its main competitor Costco. In 2022, Walmart's U.S. segment alone generated around 393 billion U.S. dollars and showed growth compared to previous years, while the international segment, with approximately 101 billion U.S. dollars in sales, showed a downward trend, mainly due to the cessation of operations in the two countries mentioned above. Mexico was the largest international market for Walmart, with 2,755 locations as of January 2022.

For millions of consumers worldwide, Walmart is the main source for groceries, household items, clothing, and more. In 2022, Walmart recorded about 230 million customer visits per week and its warehouse division, Sam’s club, generated 2.2 billion U.S. dollars from membership fees. According to a survey conducted by Statista in 2022, 96 percent of consumers were familiar with the Walmart brand and 71 percent appeared to use it for their grocery purchases. Walmart also operates a successful e-commerce site, which is particularly popular at the start of the holiday season. Its online sales have grown exponentially in recent years, generating around 73 million U.S. dollars in 2022.
This text provides general information. Statista assumes no liability for the information given being complete or correct. Due to varying update cycles, statistics can display more up-to-date data than referenced in the text.

T. Ozbun
Research expert covering food retail and all food topics for Italy and Brazil
Get in touch with us now
Published by T. Ozbun, Oct 14, 2022 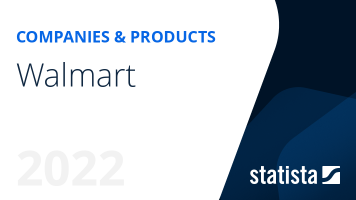 The most important key figures provide you with a compact summary of the topic of "Walmart" and take you straight to the corresponding statistics. 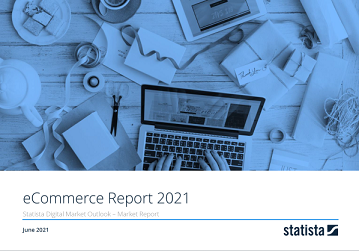 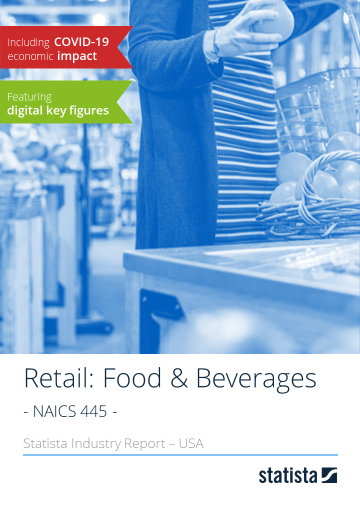