Published by
Raynor de Best,
Aug 27, 2021
Due to the near universal presence of mobile devices, it comes as no surprise that adoption of mobile payment solutions is increasing worldwide and is driving growth in non-cash transactions. Rapidly increasing mobile consumer and P2P payments are fueling the global growth of mobile international payment services. Mobile money services have rapidly proliferated in frequently underbanked markets in Africa, Asia and Latin America, fueling the global growth of mobile consumer payments services by enabling hundreds of millions of people to participate in a multitude of electronic transactions for the first time.
Frequently offered by mobile network operators, mobile money payment services enable customers to send, receive, and store money using their mobile device. As of 2018, a more than a third of internet users worldwide has used a mobile payment service in the last month, with the highest usage rates occurring in the Asia Pacific region, most notably in Thailand and China. North America and the Middle East & Africa were ranked last with a 29 percent mobile payment usage rate respectively. Despite these impressive user base figures, mobile payments still lag behind other digital payment methods in terms of overall online shopper preference.

In the following 9 chapters, you will quickly find the 39 most important statistics relating to "Mobile payments worldwide". 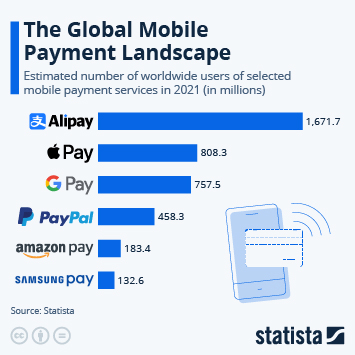 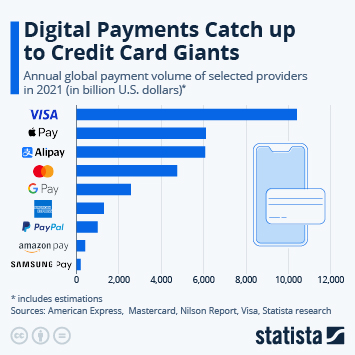