The gradual decline of print media has been common knowledge for years, but some mediums are struggling more than others. Although book sales remain consistent and magazines are surprisingly successful, newspapers are suffering as the pull of free online news content draws print readers away from physical publications.

Newspapers in the U.S.

Newspaper advertising space revenue has not surpassed 15 billion U.S. dollars since 2015 and subscription revenue remains stagnant without any signs of improvement, and even major papers have suffered. The average print circulation of The New York Times has dropped significantly since 2014 and is now under 400 thousand, with many consumers now making use of the company’s digital content.

Magazines in the U.S.

Whilst printed newspapers are losing readers, the total number of magazine readers has actually grown in the past five years. Many magazine publishers have attempted to adapt and fulfil the demand for digital content, and now ensure that they offer this to supplement their print offerings. ESPN The Magazine has been particularly successful at this, possibly due to the company’s presence across other platforms such as television and the internet. As of 2019, ESPN The Magazine had an audience of over 105 million people, making it the most popular magazine brand in the U.S. by a significant margin.

A healthy amount of new magazine publications are launched each year, many of which focus on ”special interest” topics. Although several of the big names have fallen into decline, there appears to be a market for publications covering niche topics. Combining this information with the fact that magazine readers have visibly increased in recent years shows that it is not all doom and gloom for the industry.

Books in the U.S.

Last but not least is the U.S. book market, which is also performing relatively well. The printed book segment serves as the one relative constant in the industry. Even given the growing amount of e-books and audiobooks, the consumers still prefer printed books and the physical format seems to be something that readers see as a benefit rather than an inconvenience.

Clearly challenges lie ahead for the print media industry but readers are not prepared to replace all of their physical publications with computer screens just yet. It will be the newspaper industry which faces the most obstacles in years to come, but the appeal of glossy magazines and printed books looks set to stay.
This text provides general information. Statista assumes no liability for the information given being complete or correct. Due to varying update cycles, statistics can display more up-to-date data than referenced in the text. 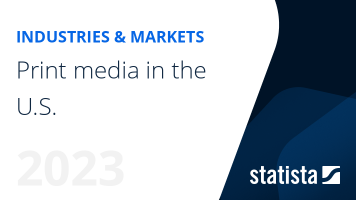 Go to report Print media in the U.S.
Top Seller

The most important key figures provide you with a compact summary of the topic of "Print media industry in the U.S." and take you straight to the corresponding statistics. 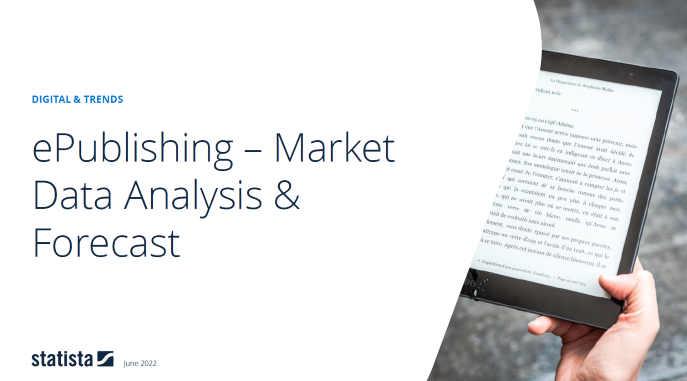 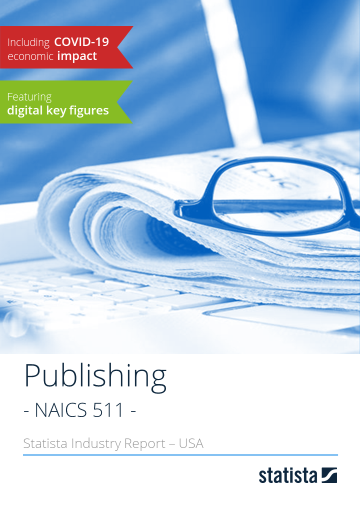