Despite the recent slow-down for the constant market growth for years, China has remained the world’s largest smartphone market since 2012. In 2021, smartphone shipments in China reached over 329 million units, accounting for about 25 percent of the total volume of global smartphone shipments. Current mobile phone subscriptions as of December 2021 have already reached about 1.64 billion in China. The mobile phone service in China is provided by three domestic telecommunication network operators, namely China Mobile, China Unicom, and China Telecom.

The large smartphone market in China also led to fierce competition among various manufacturers. Apple and Samsung were leading market players since the beginning of the smartphone trend, but had been gradually losing market share to domestic smartphone makers in China like Huawei, Oppo, Vivo, and Xiaomi. In the fourth quarter of 2021, while the Apple shipped under 10 million units in the beginning of the year, the shipment volume of iPhone increased to approximately 17 million units. The Chinese companies have long left the low-price segment and are producing more and more high-end smartphones with considerable success. They benefited from a rich local smartphone manufacturing and design ecosystem, which allows them to compete with foreign smartphone brands.

In terms of operating system market share, the Chinese market was dominated by Google’s Android smartphone OS. Together with Apple’s iOS, the two systems occupied about 99 percent of the market by the end of 2021, while the market share of SymbianOS had almost vanished from 39 percent at the beginning of 2012 to only 0.01 percent by the end of 2016.

The outstanding development of the smartphone market in China is closely associated with the increasing popularity of mobile smartphone usage in the country. The majority of China’s netizens use a smartphone as their primary means of going online. Like the trend worldwide, Chinese are also relying on their smartphone more and more. According to a survey on internet use, the average daily time spent with non-voice mobile activities by adults in China was estimated to reach 160 minutes by 2020.
This text provides general information. Statista assumes no liability for the information given being complete or correct. Due to varying update cycles, statistics can display more up-to-date data than referenced in the text. 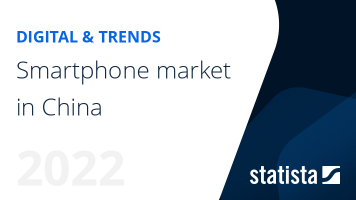 The most important key figures provide you with a compact summary of the topic of "Smartphone market in China" and take you straight to the corresponding statistics. 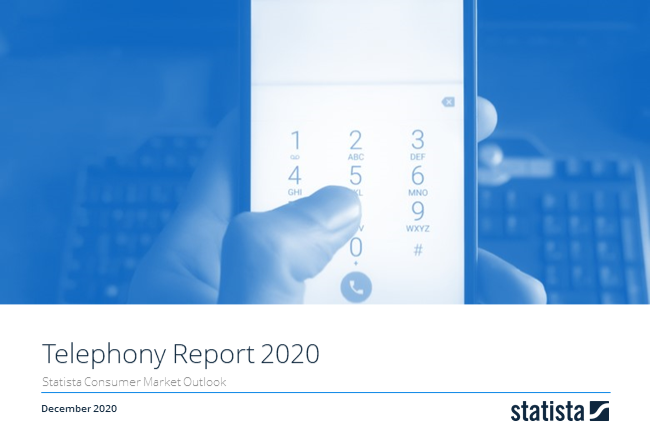