Published by
Evgenia Koptyug,
Jul 25, 2022
Germany is by far the most important beer market in Europe, followed by the United Kingdom, Spain and Poland. Generally, though, consumption has been decreasing. The taxed sales volume has been falling for years, even if the FIFA World Cup 2006 and 2014 temporarily revived the business.
For the German consumer, the brand is more important than the price when purchasing beer, and currently 7.2 million people are very interested in information about beer. Despite falling sales figures, advertising spending in the brewing industry has barely decreased. In terms of advertising distribution by channel in the media, leadership belongs to TV advertising.

Pilsner is the leading type of beer, with a market share of roughly 63 percent. In retail, the returnable bottle represents the most widespread packaging. 18 percent of the beer market volume in Germany apply to gastronomy. The leading distribution channels for selling beer on the retail market are food retail stores.

The market share of imported beers has grown in the last ten years, but the domestic market is still shaped by local brewery companies. The Radeberger Group, belonging to the Oetker Group, the Belgian-Brasilian brewery group AB InBev and Bitburger are the leading brewery groups on the German market, based on sales figures.

The mixed beer drink segment, such as Radler or Alsterwasser, grew significantly at the beginning of the millennium, but has been stagnating for several years. Drinks mixed from beer and lemonade, which were sold mainly in food retail stores, played the biggest role in this segment. The market leader in Germany is the Karlsberg brewery with its brand Mixery.

While the beer market in Germany is indeed shrinking, the number of breweries is growing, as more and more small and microbreweries appear. The share of small breweries in the total beer production in Germany has not grown significantly in recent years. These breweries attempt to make their products stand out by introducing unusual flavors.

In the following 4 chapters, you will quickly find the 39 most important statistics relating to "Beer market in Germany". 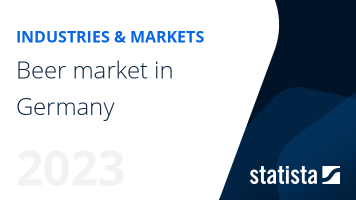 The most important key figures provide you with a compact summary of the topic of "Beer market in Germany" and take you straight to the corresponding statistics. 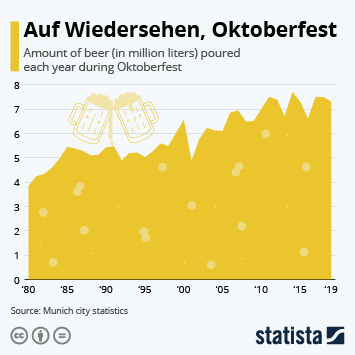 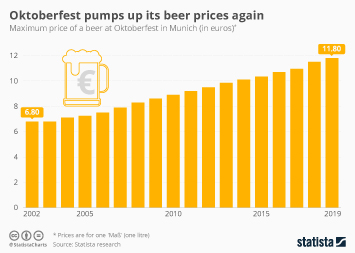