Published by
Erick Burgueño Salas,
Apr 19, 2022
As one of the global hubs and economic leaders, the United Kingdom (UK) plays a crucial role in the international aviation industry. Surprisingly, most of the current developments in the British aviation were achieved merely after the 1970s. At the moment, the aviation industry in the UK constantly contributes to the further advancement of global passenger air travel opportunities. In less than three decades, the number of passengers arriving and departing at airport terminals in the UK almost tripled, by 2019 over 296 million people was transported by air in the UK. This was not the case in 2020, as the coronavirus pandemic took over the world, only 73.7 million passengers arrived at UK airports in that year.

Demographics of the UK aviation industry

An inquiry into the population statistics of air travelers in the UK suggests that the highest frequency of age distribution was observed amongst 25 to 34 years old people. People between 45 and 54 years old were the second-highest frequent fliers in the country. Although reasons are not too easy to discern, gender distribution revealed to be uneven across the leading airports in the UK. Explicitly, all airports across the UK had a higher flow of male travelers in comparative terms than female during 2019. While the absolute number of travelers for holiday and family purpose increased from 2002 to 2019, this enlarged the share of these travelers in the total travelers. Thus, in relative terms, the share of business air passengers declined, which can be observed in demographic changes during the period of interest. In addition to the general development in the passenger aviation industry, individuals and organizations recognize the long-term impact of flying on the environment and society. Consequently, people now tend to be more willing to pay more for flight tickets to reduce the environmental or noise impact of the aviation industry in the UK. A 2020 survey suggests that 36 percent of people indicated their willingness to pay for more sustainable aviation, compared to only 22 percent in October 2016.

For firms providing a multitude of aviation services across the globe, it is almost infeasible to satisfy all the needs while receiving no complaints regarding the service provisioning. Especially while air traveling, people tend to be more sensitive to unexpected changes or unmatched expectations. Perhaps the most important is how firms or airport authorities respond to the criticisms or feedback of unsatisfied customers. Even though far from being perfect, with only 66 percent satisfaction rate, there is an incremental improvement in how airport complaints are handled since 2016. A minor error in a node of air network infrastructure can trigger snowballing inefficiencies for passengers and businesses. For instance, delays are sometimes an inevitable circumstance in passenger aviation. Delays can occur not only prior to the boarding but also after boarding. During a 2020 survey, approximately 39 percent of people expressed their satisfaction about delays after having boarded the aircraft in the UK. In that same period, roughly 51 percent of passengers were satisfied with the resolution of flight delays in the country. A survey carried out in November 2020 disclosed that roughly 81 percent of adults expressed their satisfaction with the airport experience in the UK.

In the following 5 chapters, you will quickly find the 30 most important statistics relating to "Airline passenger experience in the UK".

The most important key figures provide you with a compact summary of the topic of "Airline passenger experience in the UK" and take you straight to the corresponding statistics.

Airline passenger experience in the U.S. 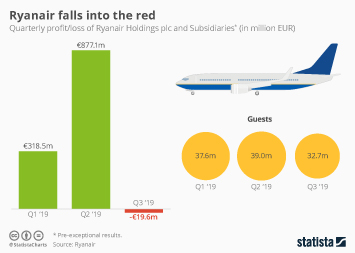