Published by Molly Moore, Dec 16, 2020
Encompassing an area spanning 29.3 million square kilometers, the Asia Pacific region accounts for 60 percent of the world’s population. Many of the countries in the region, including China and India, make up some of the fastest growing nations in terms of population size. Taking its increasing population into consideration, it seems no surprise that Asian economies and industries are evolving. One such industry is the automotive industry. Increased population produces increased demand for effective mobility – an effective mobility is exactly what Asia Pacific provides. The region has a reputation as being home to some of the world’s most esteemed vehicle manufacturers. The automotive industry, which includes the manufacturing of motor vehicles along with the appropriate parts, generates huge numbers of sales for the region with high levels of production. This makes it a core industry for many Asia Pacific economies.
Many countries across the Asia Pacific region stand out as strong competitors in the automotive sector. Japan, China, and South Korea all boast impressive car manufacturing companies. Japan’s Toyota Motor Corporation was ranked the second-best car manufacturer globally by the end of 2019. China’s Shanghai Automotive Industry Corporation (SAIC) has consistently exhibited increasing revenue and South Korea's Hyundai Motor Company stands as the third largest vehicle manufacturer in the world. Other recently emerged economies have also made a strong entrance into the automotive sector, notably the ASEAN countries. Myanmar, Vietnam, Brunei, the Philippines, and Malaysia have all experienced growth of motor vehicle sales.

Yet, in recent years the industry has suffered somewhat in several countries across the Asia Pacific region. A possible reason for this could be due to environmental awareness among consumers. With increased displays of climate change concern, now more than ever there appears to be high interest in vehicles which offer alternative fuel options. The present and future focus seems to be with electric vehicles. In order to retain their reputation in the automotive industry, it appears as though Asia Pacific vehicle manufacturers may have to continue the production of electric and eco-friendly vehicles. Interestingly, countries such as Thailand have started to channel its efforts into targeting foreign investors who seek the rise of eco-friendly automobiles. Beyond environmentally conscious vehicles, autonomous vehicles are also being tested across the Asia Pacific region. However, presently there remains consumer concern into the safety of such vehicles. Indeed, it appears the Asia Pacific region may have to tackle these safety concerns, in order to maintain an influence in the automotive industry.

In the following 5 chapters, you will quickly find the {amountStatistics} most important statistics relating to "Automotive industry in Asia Pacific ".

Statistics on the topic
Car manufacturer with the highest global revenue in 2019
Toyota
APAC country with the biggest car market in 2019
China
Number of passenger cars produced in Japan in 2019
8.33m

The most important key figures provide you with a compact summary of the topic of "Automotive industry in Asia Pacific " and take you straight to the corresponding statistics.

The automotive industry in the United Kingdom

Automotive industry in the MENA region 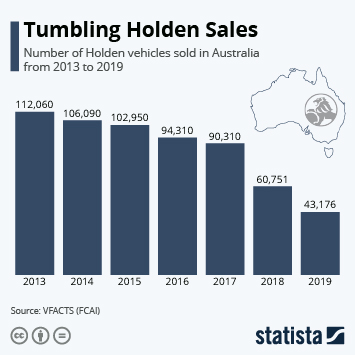