Published by
Mathilde Carlier,
Dec 20, 2022
Since 2020, the global automotive sector has faced decreased demands and production halts resulting from the COVID-19 pandemic and automotive semiconductor shortages. This chip shortage led to around 11.3 million vehicles being cut from worldwide production in 2021, and forecasts estimate that these disruptions in the automotive supply chain will contribute to the removal of another seven million units from production in 2022. Global automobile sales started recovering from the drop they recorded during the pandemic, reaching 66.7 million units sold in 2021. This sales volume is forecast to decrease again in 2022, with a 2023 sales volume still below 2019.
Passenger cars made up the largest share of motor vehicle sales worldwide, representing around 68.21 percent of sales. China and the United States were the largest markets for this segment in 2021, partly because both countries boasted the most extensive road networks worldwide and due to a culture of mass-motorization prevalent in the United States. China was one of the markets where passenger vehicle sales bounced back from their 2020 drop, with the country’s 2021 sales volume some 20,000 sales above 2019 sales.

The automotive manufacturing industry generated approximately 2.86 trillion U.S. dollars in revenue in 2021, a market size expected to grow in 2022. However, while global sales started to recover in 2021, global motor vehicle production was slower to pick back up due to the chip shortage, which led many automakers to face potential profit loss and new production halts. Light commercial vehicles, heavy buses, and passenger cars were the most affected, still behind the output recorded in 2019. China was the leading car producer worldwide, with nearly 21.41 million units manufactured in 2021—over threefold the production of Japan, which came second in the ranking.

While Japan was behind China in car output, the Japanese Toyota was the best-selling automotive brand worldwide in 2021, holding some 10.5 percent of the global market. It was followed by Germany-based Volkswagen, which held 6.4 percent of the market. The Volkswagen Group and Toyota Motor are in tight competition to lead the market. While Toyota was the best-selling brand of 2021, the Volkswagen Group reported the highest revenue that year, at around 295.73 billion U.S. dollars. The Volkswagen Group was also the manufacturer investing the most in research and development in 2021, at about 15.6 billion euros. Most of these expenses were research into alternative drive systems, automation, and connectivity.

Prompted by global initiatives such as the Paris Agreement, several countries have started enacting stricter emissions controls on new vehicle models. As such, automakers are beginning to expand their business into the electric mobility sector. Global automotive research and development spending has been steadily increasing between 2020 and 2022, boosted by a soaring plug-in electric light vehicle (PEV) market, which more than doubled year-over-year in 2021. China and the United States are among the market leaders in this sector, with new electric vehicle registrations growing by 155 percent year-over-year in China in 2021.

On an automaker level, Volkswagen’s investment in research and development led to it being among the five best-selling PEV brands in the first seven months of 2022. However, the Chinese brand BYD and U.S.-based Tesla were the market leaders, with BYD overtaking Tesla in sales volume in 2022.

Electric vehicles are one of many market developments in the automotive industry. Increased environmental consciousness led consumers to rethink their mobility options. In 2020, passenger cars made up over 41 percent of carbon dioxide emissions produced by the transportation sector worldwide. With the addition of light commercial vehicles, buses, and medium- and heavy-duty trucks, this share grows to 75 percent. This increased awareness contributes to the rising interest in mobility services, while autonomous vehicles are also set to stir up another automotive sector revolution.

In the following 5 chapters, you will quickly find the 40 most important statistics relating to "Automotive industry worldwide". 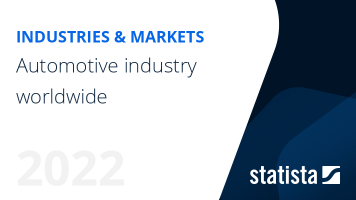 The most important key figures provide you with a compact summary of the topic of "Automotive industry worldwide" and take you straight to the corresponding statistics.

Automotive industry in the Asia-Pacific region

Automotive industry in the MENA region

Car manufacturers in the United States 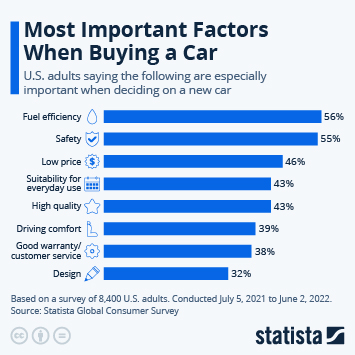 Most Important Factors When Buying a Car 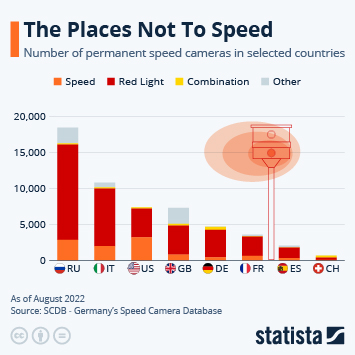 The Places Not to Speed