Amusement parks are popular destinations throughout the world as places for people to spend their leisure time, generating revenue into the tens of billions of U.S. dollars each year for the operating companies. With over 155 million attendees, Disney is by far the largest amusement park chain in the world. The most visited theme park in the world was the Magic Kingdom Park at the Walt Disney World Resort in Florida with around 20.96 million visitors in 2019.
National Parks
National Parks that are under the administration of the National Park Service draw around 300 million visits each year. For 2019, a total number of almost 327.52 million visits is estimated. In the month of July, visitorship is at its highest with more than 1.46 million in July 2019 to National Parks, Monuments and Sites. Direct economic impact of National Park visitor spending on local economies was estimated to be around 10.71 billion U.S. dollars in 2019.

Public Parks
Public parks are mostly maintained by city park agencies in the U.S. In the city of New York, approximately 1.71 billion U.S. dollars was spent on parks and recreation in 2019. This includes both operating and capital expenditures. The most visited city park in the U.S. is the Central Park in New York with around 42 million visitors in 2019.

In the following 4 chapters, you will quickly find the 33 most important statistics relating to "Parks". 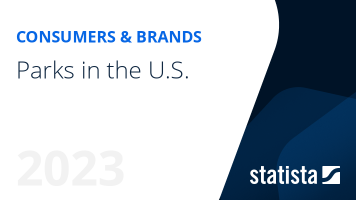 The most important key figures provide you with a compact summary of the topic of "Parks" and take you straight to the corresponding statistics.

Amusement Parks in the U.S.

National Parks in the U.S.

Public (City) Parks in the U.S.

Recreational boating in the U.S.

Recreational fishing in the U.S. 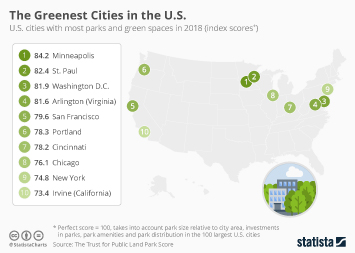 The Greenest Cities in the U.S. 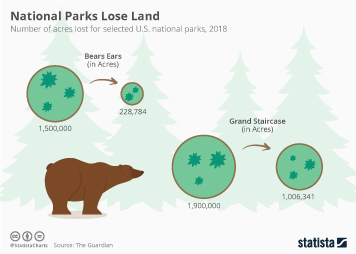