Published by John Elflein, Jan 22, 2021
The world is currently experiencing a pandemic of an infectious disease called coronavirus disease 2019, or COVID-19. COVID-19 is caused by the severe acute respiratory syndrome coronavirus 2 (SARS-CoV-2) and is part of a large family of coronaviruses (CoV). Coronaviruses are transmitted from animals to people, with this particular strain of coronavirus thought to have originated from a seafood market in the city of Wuhan in China in late December of 2019. Symptoms of COVID-19 resemble that of the common cold, with those infected often experiencing fever, coughing, and shortness of breath. However, infection can lead to pneumonia, multi-organ failure, severe acute respiratory syndrome, and even death, in more severe cases. The elderly and those with preexisting chronic health conditions have accounted for the majority of deaths from COVID-19. 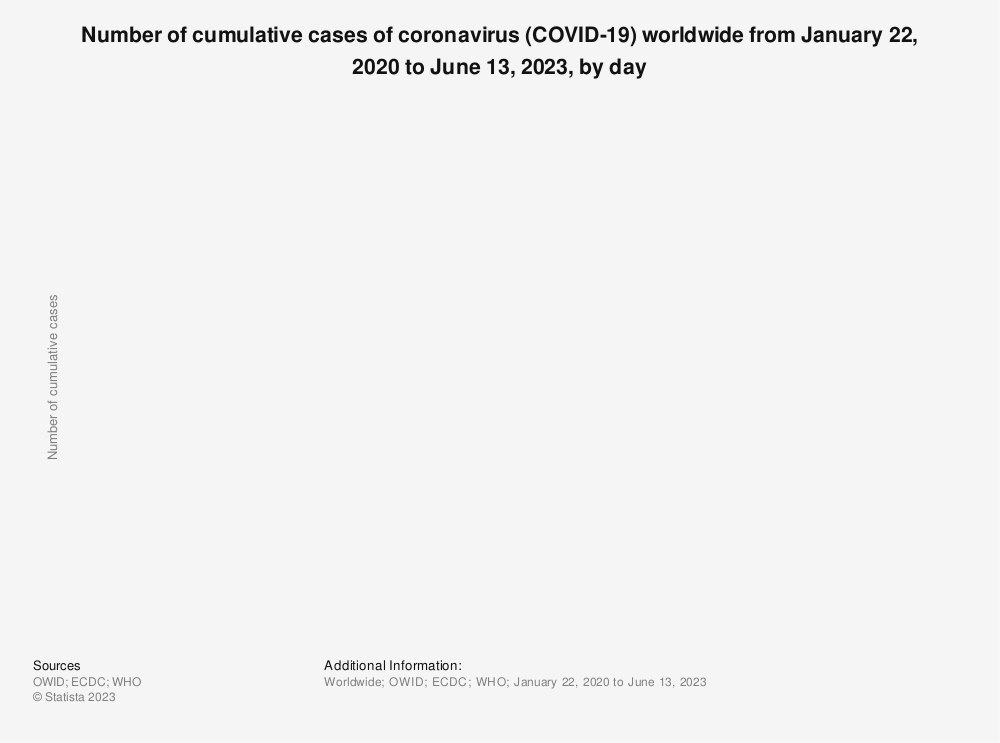 As of January 22, 2021, there had been cases of the disease in almost every country or territory across all continents. China was initially the country most impacted by the disease, however the United States, Brazil, India, and Russia, now have the most cases worldwide. As of this time, there had been over 98.1 million cases of COVID-19 worldwide, with around 25.2 million of these cases found in the United States. Many countries around the world have enforced lockdowns to try to slow the spread of the disease. Such measures and restrictions vary from country to country but usually involve closing schools, canceling public events, closing borders, and encouraging people to work from home.

The situation in the United States

The United States has the highest number of COVID-19 cases and deaths of any country worldwide. Every U.S. state has reported cases of COVID-19, with New York one of the hardest hit states. Survey data shows that concern about the COVID-19 pandemic has increased in the United States, with 32 percent of U.S. adults in January stating they were very concerned about the outbreak and this number rising to 57 percent as of October 31. At the end of March, it was estimated that over 90 percent of the population of the United States was under a stay-at-home order, with many states closing schools, restaurants and other entertainment venues, canceling public events, and encouranging social distancing. As case numbers began to decrease states eager to restart the economy began lifting lockdown restrictions which has resulted in an increase of new cases in many states. The United States government has been criticized for initially downplaying the seriousness of the pandemic, its slow response as cases began to rise in the U.S., and for a general lack of guidance. A survey from Statista, which ran from March to the end of May, found that U.S. adults were consistently less likely to be satisfied with their national government's response to the COVID-19 pandemic than their counterparts in the United Kingdom or Germany. 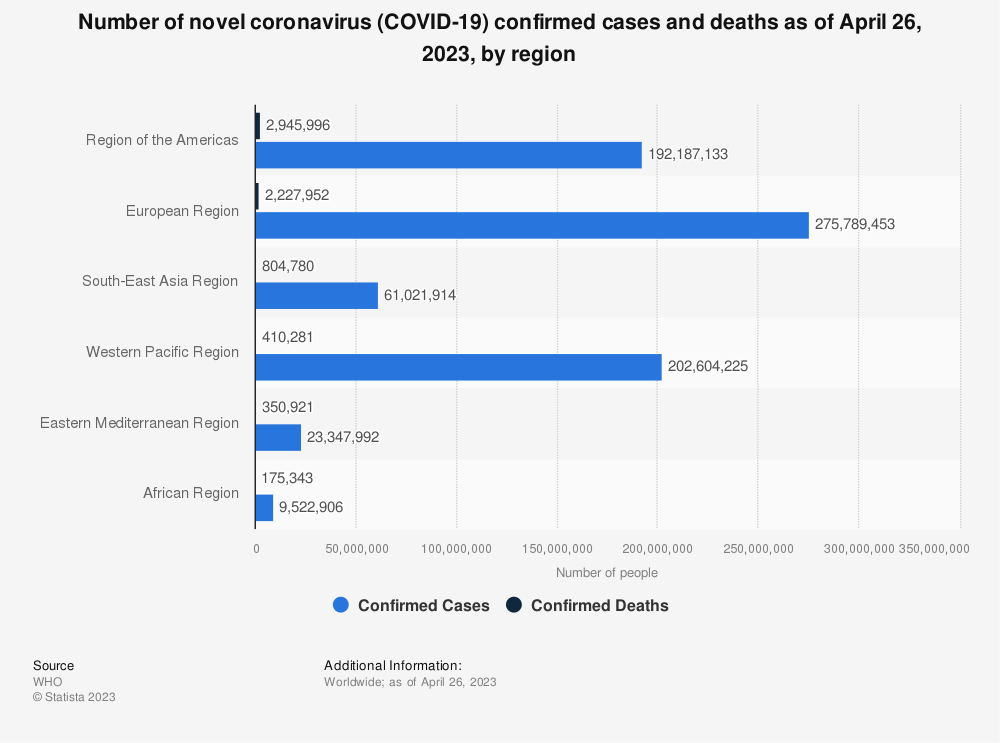 How deadly is it?

As of January 22, 2021, there had been over 2.1 million deaths due to the virus, with the United States reporting the highest number of deaths of any country worldwide, followed by Brazil and India. In March 2020, the World Health Organization (WHO) estimated the crude mortality rate of COVID-19 to be between three and four percent. However, it is now thought that the mortality rate is most likely lower than this estimate, although the true mortality rate is difficult to determine as of this time. Nevertheless, this rate is higher than that of seasonal influenza, usually well below 0.1 percent, but lower than rates of other recent virus outbreaks. For example, the Middle East respiratory syndrome-related coronavirus (MERS-CoV), first reported in 2012, has a fatality rate of 34.4 percent, while severe acute respiratory syndrome-related coronavirus (SARS) has a rate of 9.6 percent.

Multiple organizations around the world have been working on a vaccine for COVID-19, and a few have already been approved in various countries. A number of countries have now started administering vaccinations against COVID-19, with around 35 percent of the population of Israel already vaccinated, the highest share of any country worldwide, and 5.62 percent of the U.S. population vaccinated. However administration usually begins with health workers and those most at risk, such as the elderly, therefore, it is still difficult to say how long it will take until one is made available to the general public in many countries. Until then, the World Health Organization (WHO) has encouraged those living in regions with infections to continue to take basic precautionary measures such as regularly washing hands, wearing face masks when in public, covering the mouth and nose with a bent elbow when coughing and sneezing, and avoiding contact with people who may be infected.

Aside from the obvious impacts on human health, the COVID-19 pandemic has also greatly impacted the global economy, negatively effecting industries such as the global financial sector, sports, and tourism. The impact of the pandemic on the global economy has already begun to show, however the true consequences of the pandemic are yet to be seen as case numbers continue to rise in many countries around the world.

In the following 6 chapters, you will quickly find the {amountStatistics} most important statistics relating to "Coronavirus disease (COVID-19) pandemic".

Cases and deaths by country

The most important key figures provide you with a compact summary of the topic of "Coronavirus disease (COVID-19) pandemic" and take you straight to the corresponding statistics.

In the United States

COVID-19: Impact on the global economy