Published by Statista Research Department, Aug 10, 2022
Football, also known as association football or soccer, is governed separately in each of the countries of the United Kingdom. In England, football is considered the national sport and is governed by the Football Association (FA), which generated a turnover of approximately 468 million British pounds in 2019, mostly through broadcasting rights, sponsorship and licensing. The expenditure of the FA amounted to approximately 410.15 million British pounds that year, of which the majority consists investments into the game.
The sport has experienced a slight decline in terms of popularity, reflected in the number of people participating in football in England, as well as the share of adults participating in football in Scotland in the past years. However, football remains the most popular sport among school kids in Wales as well as England.

On the professional level, football in the United Kingdom is structured in several leagues of which the Premier League is the leading football league not only in terms of media rights value in Europe but also has the highest revenue and brand value of football leagues worldwide. The average attendance at games of the Premier League throughout the past years was at around 29,821 after which the average game attendance of the Football League Championship ranks second highest of football leagues within the United Kingdom with 14,949 attendees on average.

In the following 6 chapters, you will quickly find the 43 most important statistics relating to "Football in the United Kingdom (UK)".

The most important key figures provide you with a compact summary of the topic of "Football in the United Kingdom (UK)" and take you straight to the corresponding statistics. 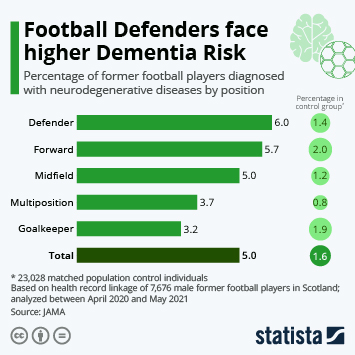 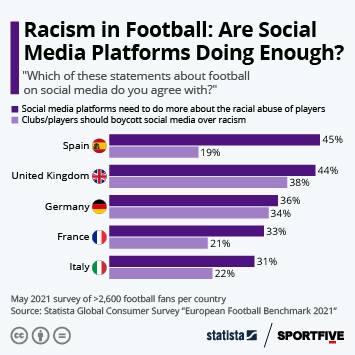