Published by Statista Research Department, Dec 1, 2020
Every January, millions of Americans make New Year’s resolutions; often tackling old goals with renewed vigor and enthusiasm. A recent survey of U.S. adults showed that one of the most common New Year’s resolutions for 2018 was to lose weight or get into shape. Among Millennials, the sense of being unhealthy is especially strong, with nearly 80 percent of adults under the age of 36 reporting that they “could be healthier”.
Perhaps this is unsurprising because the United States has the highest obesity rate in the world. In 2016, ten U.S. states reported that approximately 70 percent of their population was either overweight or obese, pointing to a significant public health crisis. Although there is a continued debate about the exact cause of obesity, 48 percent of Americans believe that the primary cause of obesity is poor diet and exercise, rather than genetic, environmental, and social factors. Aside from the various health problems that arise from obesity, the social stigma can be just as stressful. Despite the fact that most Americans are overweight or obese, obesity is often seen as unattractive or a sign of laziness or poor character, which drives much of the motivation to lose weight.

Ever since obesity became a major health problem in America, countless weight-loss programs and fad diets have come and gone. Today, one of the most popular and widely accepted methods to improve one’s overall health and lose weight is to consume more plant-based foods. As of 2017 approximately 80 percent of U.S. consumers have tried to include more fruits and vegetables in their diet, the vast majority of whom cite health benefits and weight management as the main reasons for doing so.

Americans looking to lose weight are also turning to technology for help. It only takes a quick online search to find countless smartphone apps dedicated to calorie and fitness tracking, and workout routines. In 2017, the most popular health and fitness app in the U.S. was Fitbit. The Fitbit app links to a device that is worn on the wrist that tracks the number of steps walked, heart rate, and steps climbed throughout the day, as well as other information related to fitness, making it easier than ever to manage one’s health and physical wellbeing.

In the following 5 chapters, you will quickly find the 24 most important statistics relating to "Diets and Weight Loss in the U.S.". 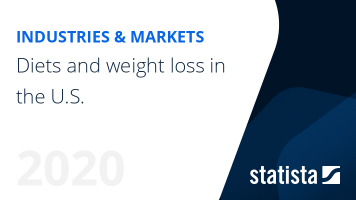 Go to report Diets and weight loss in the U.S.
Top Seller

The most important key figures provide you with a compact summary of the topic of "Diets and Weight Loss in the U.S." and take you straight to the corresponding statistics. 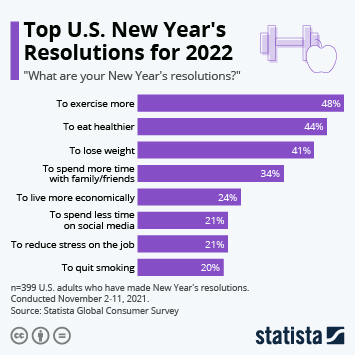 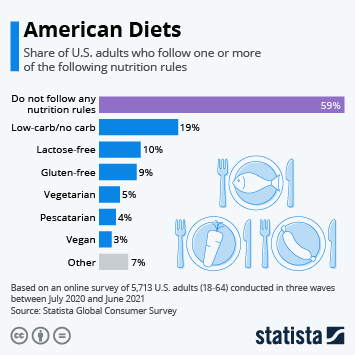