Toy market in the United States

Three out of the five major players in the global toy industry are American companies. Led by the U.S., North America is one of the most profitable and important regional markets for these companies. The toy industry's annual total economic impact in the U.S. was 97.2 billion U.S. dollars, while over 623,000 jobs directly related to the American toy industry were generated.

The U.S. is by a wide margin the leading importer in the global toy industry. In 2020, the country imported toys, dolls and sports requisites with a value of about 36.37 billion U.S. dollars, the highest figure since 2011. China accounted for about 80 percent of all imports of toys, games and sport requisites to the U.S.. China is also the leading exporter in the global toy industry. In comparison, the U.S. exports toys with a customs value of about 6.38 billion U.S. dollars, of which goods worth approximately 2.23 billion U.S. dollars were exported to Canada, the most important export market for the U.S.

How do Americans shop for toys?

The share of American parents who normally buy toys online reached almost 60 percent during a recent survey. General stores and department stores were the next most popular shopping locations for toys in the United States. Some of the most popular toy brands in American households included LEGO, Hot Wheels, and Fisher-Price.

In the following 4 chapters, you will quickly find the 28 most important statistics relating to "Toy industry". 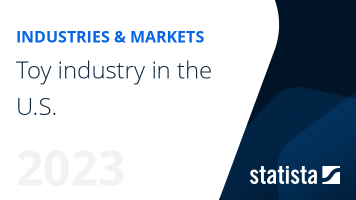 The most important key figures provide you with a compact summary of the topic of "Toy industry" and take you straight to the corresponding statistics. 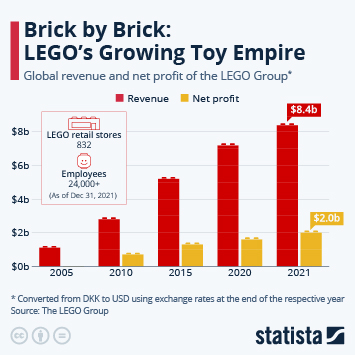 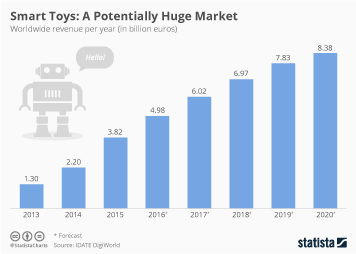