Terrorism impact on the travel industry in Europe - Statistics & Facts

Published by Statista Research Department, Dec 3, 2020
The threat of terrorism is a somber factor the global travel industry is forced to face. In Europe in recent years, terrorist attacks, and the considerable media coverage they have received, have subsequently had an influence on travelers’ behavior. For most Europeans the impact on holiday travel seems relatively small, with only five percent of holiday makers in the European Union claiming to have changed their plans following terrorist attacks or threats in 2015. In Italy, younger generations tend to be influenced more than older generations in their holiday choices, while in Spain residents were more likely to avoid planning summer holidays to Turkey and Egypt in 2016 due to the fear of terrorism.
Although it may seem more likely for travelers to avoid destinations that have been recent targets of terrorism, a major incident can still impact the wider industry. Immediately following the Brussels terror attack in March 2016 for example, flight bookings and flight searches to Brussels inevitably dropped. However other major European destinations were also affected, including Paris, Berlin and Rome.

In the aftermath of an attack, it is unsurprising that many would be tentative about booking travel to certain destinations; even in the industry many travel agencies would book cautiously. However it is perhaps the longer term impacts that can be more damaging for the industry. Following the terror attacks in November 2015, tourism in Paris has been somewhat unstable. The number of nights spent by international tourists in the city was comparatively lower in the year following the attacks before showing signs of recovery. Incidents in other areas of France may have also contributed to this slower recovery.

Travel and tourism in the U.S.

Travel and tourism in the United Kingdom (UK) 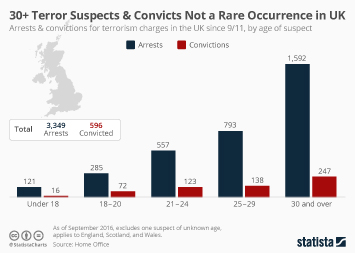