Published by
Julia Stoll,
Oct 21, 2021
Cable TV has been a mainstay in American homes for decades, with recent figures showing that 44 percent of households are wired to cable connections. The cable industry is, therefore, unsurprisingly, worth millions of dollars. In 2019, cable and other pay TV providers generated an estimated revenue of 59 million U.S. dollars from advertising and program alone, and a further 28 million from air time revenue.

Who are the main players?

Among the biggest companies in the cable industry are Comcast, AT&T, and Charter Communications. Comcast reports the largest number of pay TV subscribers in the United States, followed by AT&T Premium TV, and Charter Spectrum, showing that the industry is dominated by a few large companies. In order to diversify their product offerings and stay competitive in the industry, many of these companies have begun to bundle internet and phone service options into their offerings. Comcast, for example, gains significant portions of its revenue for high-speed internet, business services, and voice options.

When it comes to individual channels, The Fox News Channel dominated in both the primetime slot and total viewers. The news channel averaged around 3.6 million viewers in 2020, roughly double those of its closest news competitors, CNN and MSNBC. In general, the most watched television programs tend to be sporting events and entertainment shows such as award ceremonies, with FOX generating around 102 million viewers during the 2020 Superbowl.

However, cable television is facing increasing competition from video streaming services, such as SVOD service Netflix and online television platforms. A survey suggests that cable television was seen as a more old-fashioned medium, with 72 percent of respondents aged 16 to 24 stating that they most associated watching TV with Netflix, rather than with traditional forms of television such as broadcast and cable. That being said, many consumers express that the ability to “channel surf” is an important benefit of cable TV services, a feature that is not an option on streaming platforms. It, therefore, remains to be seen what will become of cable television in the future, with some estimates suggesting that the share of cord-cutting households in the United States will be on steady growth in the coming years.

In the following 6 chapters, you will quickly find the 30 most important statistics relating to "Cable TV in the United States".

Statistics on the topic
Leading cable network in the United States
FOX News
Pay TV penetration in the U.S.
71%
Share of U.S. population who subscribe to cable TV
44%

The most important key figures provide you with a compact summary of the topic of "Cable TV in the United States" and take you straight to the corresponding statistics. 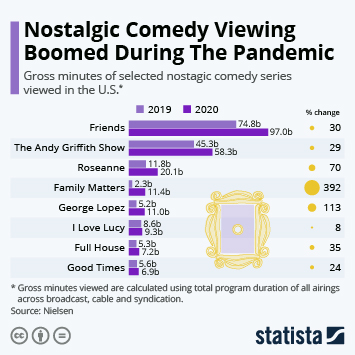