Published by Statista Research Department, Sep 16, 2019
The entertainment industry, describes mass media companies controlling the distribution and production of mass media entertainment: film, music, publishing, television and radio. In 2017, the value of the entertainment and media market in Italy is expected to reach 32.27 billion U.S. dollars, an increase compared to previous years; while the UK entertainment and media market is predicted to hit 62.8 billion British pounds.
Internet access is one of the sectors of the entertainment industry with the greatest value: in Russia, for example, its value is expected to be 12.6 billion U.S. dollars in 2017. In Germany, the internet was used by about 4.02 million people daily for entertainment services in 2015. One of the ways the internet can be used for entertainment purposes is for video games. A survey conducted in Denmark in 2015, showed that about 16 percent of the respondents used the internet daily to play video games, while a similar survey conducted in Sweden showed that about 20 percent of respondents used the internet to play daily.

Video related entertainment is a highly valued sector. Taking television as an example, a survey conducted in Spain in 2014 proved that about 69.3 percent of the respondents watched television for entertainment. The film industry is another beloved industry with revenues of over 2.7 billion euros in Germany in 2016.

Within the printed press, newspapers are an everlasting actor. A survey showed that in Spain in 2014 about 41.1 percent of respondents read newspapers daily. Not only newspapers, but magazines are also highly appreciated. In Norway for example, about seven percent of the population read weekly magazines daily in 2015; and in Spain in 2014 about 18.4 percent of people read magazines for entertainment. Books are an equally important source of entertainment. A study conducted in France in 2015 showed that about 67 percent of people between 50 and 64 years old read books to enjoy themselves.

In the following 5 chapters, you will quickly find the 30 most important statistics relating to "Entertainment industry in Europe".

Statistics on the topic
Share of the population using internet regularly in Switzerland from Oct'19 to Mar' 2020
88.7%
Average daily minutes spent using the internet via desktop computer in Sweden in 2016
55
People playing video games because 'it's fun and entertaining' in France in 2015
66.7%

The most important key figures provide you with a compact summary of the topic of "Entertainment industry in Europe" and take you straight to the corresponding statistics. 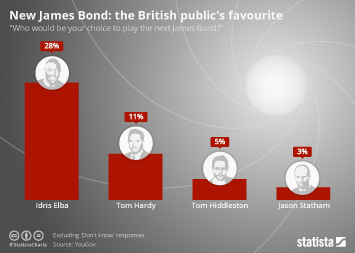