Maritime shipping is the backbone of world trade; it is estimated that some 80 percent of all goods are carried by sea. With the growth of the world economy over the past decades, the volume of freight transported by ships has increased as well. In 2020, about 1.85 billion metric tons of cargo were shipped globally, up from some 0.1 billion metric tons in 1980. Naturally, the global container fleet has grown in size as well. Between 1980 and 2020, the deadweight tonnage of container ships has grown from about 11 million metric tons to roughly 275 million metric tons. With a total capacity of over four million TEUs*, the Mediterranean Shipping Company is currently the largest container ship operator globally, followed by APM-Maersk, CMA CGM, COSCO, and Hapag-Lloyd.

In 2020, the leading container-handling ports worldwide were located in the Asia-Pacific region. The port of Shanghai was the busiest container port in the world, handling about 47 million TEUs of containerized cargo in 2020. In addition to the Asia-Pacific region, North America and Europe are important hubs for containerized cargo as well. In its 2020 fiscal year, the Port of Los Angeles handled almost 10.9 million TEUs, making it the largest container port in the United States. In Europe, the Port of Rotterdam topped the ranking as the largest container port on the continent, handling nearly 8.9 million containers in 2021.

Before the invention of the intermodal shipping container, goods were shipped in boxes of various sizes that had to be loaded and unloaded on and from ships manually by workers. Transporting goods this way was inefficient, expensive, and time-consuming. Moreover, it made loading cargo on different modes of transport overly difficult. When the first standardized intermodal shipping container was introduced in the 1950s, it caused a revolution in world trade. Shipping containers reduced both time and cost of shipping and enabled containerized goods to be easily moved between different means of transport. Efforts to improve the shipping container continued, and, in the 1970s, a refrigerated container (reefer) was invented. Since the invention of reefers, transportation of perishable goods such as food has become possible, making container shipping even more popular.
Reflecting the growing volume of goods transported by container ships, the global market for shipping containers is expected to more than double in the coming years. While the market was sized at about seven billion U.S. dollars in 2021, it should reach almost 16 billion U.S. dollars in 2028.

* The abbreviation TEU stands for the twenty-foot equivalent unit, a standard unit of measure in the shipping industry.
This text provides general information. Statista assumes no liability for the information given being complete or correct. Due to varying update cycles, statistics can display more up-to-date data than referenced in the text.

Martin Placek
Research expert covering transportation and electronics
Get in touch with us now
Published by Martin Placek, May 4, 2022

Number of merchant ships by type 2022 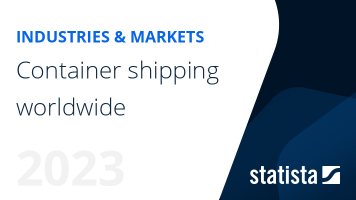 The most important key figures provide you with a compact summary of the topic of "Container shipping" and take you straight to the corresponding statistics. 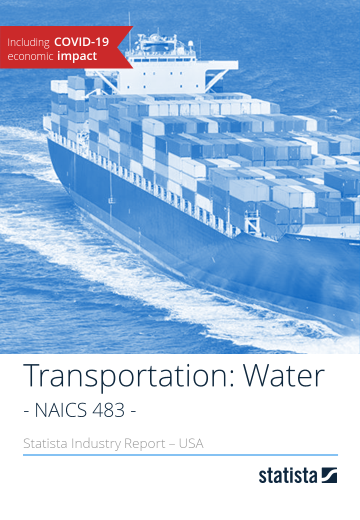