Published by I. Wagner, Dec 19, 2019
Switzerland’s ABB Group is one of the key players in the areas of automation and power technology. The company was founded in 1988, when Allmänna Svenska Elektriska Aktiebolaget of Sweden merged with Switzerland’s Brown, Boveri & Cie. to form ABB Group.
In the fiscal year of 2018, ABB Group generated around 11.7 billion U.S. dollars in revenue from its electrification products segment, contributing roughly 40 percent of the company’s unconsolidated revenue that year. The segment offers products and solutions in the field of power generation, transmission and distribution networks. Furthermore, the Power Grids division continued to lead ABB Group’s order intake. The Swiss firm received orders to the value of about 28.6 billion U.S. dollars in the fiscal year of 2018.

With a market value of around 44.5 billion U.S. dollars, Zurich-headquartered ABB ranks among the world’s largest conglomerates, trailing only heavyweight conglomerates such as General Electric, UTC, 3M, Danaher and Honeywell International of the United States, as well as Germany’s Siemens.

In the following 4 chapters, you will quickly find the 20 most important statistics relating to "ABB Group ".

The most important key figures provide you with a compact summary of the topic of "ABB Group " and take you straight to the corresponding statistics.

Current State of the Company 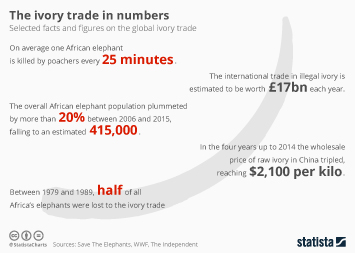 The ivory trade in numbers

I. Wagner
Research Lead covering road traffic and motor vehicle manufacturing
Get in touch with us now