Assisted suicide and euthanasia are being legalized in an increasing number of countries and in those places where the practice has been allowed, the number of people who die with assistance is rising. While voluntary euthanasia is involves administering deadly drug for a patient upon their request, the practice of prescribing drugs that are self-administered is sometimes referred to as physician-assisted suicide.

Surveys show that a majority of people are in favor of assisted suicide laws, but the practice has not been without controversy as it is becoming more widespread. Recently, the case of Canadian citizen Alan Nichols has made headlines. The 61-year-old who suffered from severe depression and was thought to be suicidal died by euthanasia upon his request after listing his non-mental health issue (which is required by Canadian law) as hearing loss. His family has reported the case to the police as they believe Nichols did not have health problems severe enough to qualify for assisted dying.

Official data shows that the number of people dying with assistance has been rising much faster in Canada over the past three years than in other countries where assisted suicide or euthanasia are legal. The Netherlands and Belgium which, like Canada, allow both have seen numbers rise more slowly. Assisted dying has been legal there since the early 2000s, however, while Canada legalized it in 2015 and has considered those who like Nichols have a disability but are not terminally ill for assisted dying since early 2021. The change has been condemned by disability advocates who believe it undermines the idea that the lives of those with a disability are just as valuable as non-disabled lives. In 2021, assisted dying accounted for 3.3 percent of all deaths in Canada.

The United States also saw a somewhat faster rise in those dying by self-administered physician-assisted suicide over the past four years (euthanasia is not legal in the U.S.). This was also aided by the fact that four states - New Jersey, Hawaii, Maine and New Mexico - legalized it between 2018 and 2021, while two more populous ones, Colorado and California, started the practice in 2016. Switzerland is another practitioner of physician-assisted suicide, but not euthanasia. 1,196 people died with assistance in the country in 2019, the latest year on record. Assisted dying is also legal or will become so soon in Luxembourg, Colombia, Spain, Austria, New Zealand and most Australian states. 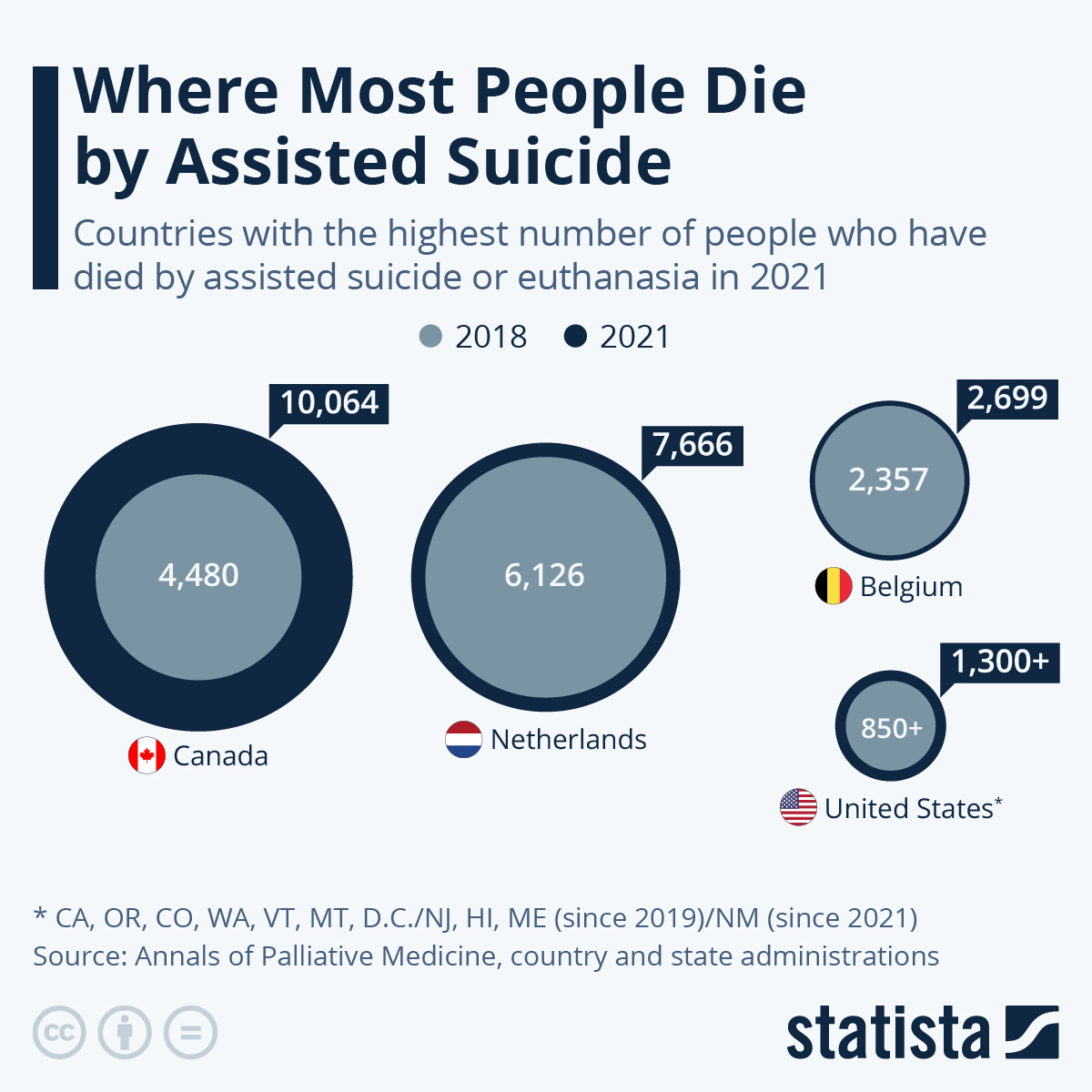 This chart shows the countries with the highest numbers of people who have died by assisted suicide or euthanasia in 2021.

Americans' moral stance towards doctor-assisted suicide from 2001 to 2022 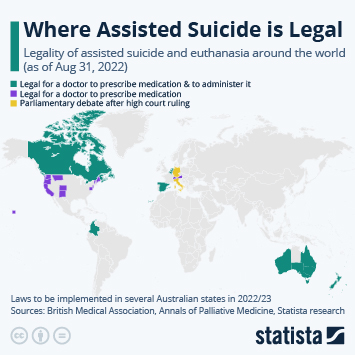 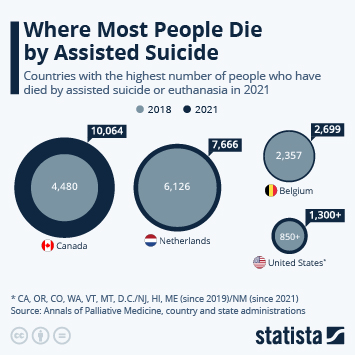