Published by Statista Research Department, Sep 19, 2017
The total amount of land covered by forests in the United States - as defined by the U.S. Forest Service - amounts to more than 750 million acres, or approximately three million square kilometers. Alaska is by far the U.S. state with the largest amount of forested land, followed by Oregon and California. About two thirds of all U.S. forested land is timberland, producing or capable of producing industrially utilized wood. Most of this land is held by private owners.
Such resources promote a strong forest products industry in the United States. The U.S. produces around 11.97 billion cubic feet of industrial roundwood, distinctly less than a decade earlier. The most important products incorporating industrial roundwood are lumber, pulp products, plywood and veneer. Prices for timber products remained stable or increased over the last decade. The highest increase was reported for wood pulp and paperboard.

In the following 4 chapters, you will quickly find the 28 most important statistics relating to "Forest Products Industry".

The most important key figures provide you with a compact summary of the topic of "Forest Products Industry" and take you straight to the corresponding statistics. 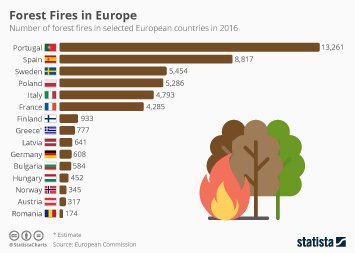