Published by Erin Duffin, Aug 10, 2022
Elementary, or primary education, customarily refers to the first six years of formal education received in schools in the United States. According to the National Center for Educational Statistics, there were about 87,696 elementary schools operating in the United States between 2018 and 2019; both private and public.
In 2020, school enrollment in public and private elementary schools was generally higher than in other education institutions in the U.S., such as high schools or colleges.

The curriculum of the public school system in the U.S. is determined by local authorities under district or state control. Each state selects course texts and curriculum literature that reflect its learning standards. Different educational methods between states have their effects on how teaching and learning take place, resulting in inconsistencies nationwide. Thus, teachers play an important role in the overall quality of education. According to 2020 data, the number of teachers in elementary schools has been on a steady upward trajectory in the recent years, having a positive impact on the teacher to pupil ratio.

Teaching in elementary schools in the U.S.

For those wishing to enter the teacher's profession, various benefits and a constantly improving work environment are offered. As of 2021, the average teachers' salary in the United States was one of the highest in the world. Teachers working in a public elementary school had an average salary of 87,738 U.S. dollars in the state of New York. Another positive aspect was the increasing expenditure on public and private elementary schools. Additionally, as of 2019, expenditure per pupil had more than doubled since 1998.

In the following 4 chapters, you will quickly find the 20 most important statistics relating to "Elementary schools in the U.S.".

The most important key figures provide you with a compact summary of the topic of "Elementary schools in the U.S." and take you straight to the corresponding statistics.

Teenagers in the United States

Saving for college in the U.S. 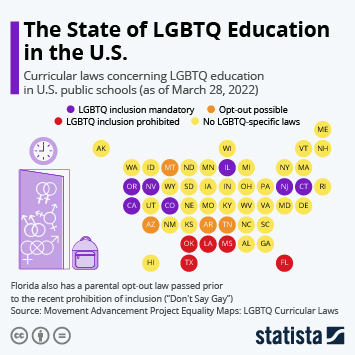 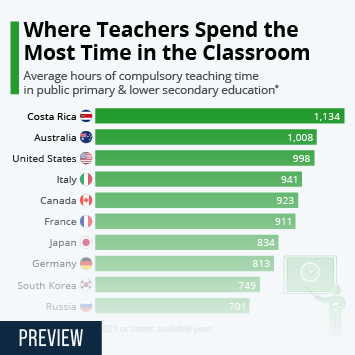 the annual hours of net teaching time in primary education