Tax in the UK - Statistics & Facts

Published by D. Clark, Jun 15, 2018
In the 2015/2016 financial year the total value of tax receipts collected by Her Majesty's Revenue and Customs (HMRC) in the United Kingdom (UK) equaled an approximate total of 534 million British pounds. This was the greatest amount acquired in recent years, since experiencing substantial annual increases in the years following 2009/2010.
Similarly, this trend is present in the amount of wealth generated from income tax receipts, with an overall growth despite some fluctuation in 2009/2010, most likely a consequence of financial turmoil resulting from the global economic crisis that year.

National insurance contribution receipts , stamp duty land tax receipts, inheritance tax receipts and VAT receipts, have also experienced a somewhat similar development, although the fall in revenue that occurred throughout 2008/2009 continued the following year. By 2015/2016, revenue collected from VAT amounted to approximately 115.4 million British pounds, this was forecast to reach a value of 146.7 billion British pounds by 2021/2022.

Recent alcohol duty tax receipts have experienced net growths in the amount of money generated from spirits, beer, wines and ciders. This collectively is expected to grow to an approximate value of 4.1 billion British pounds by the 2021/2022 financial year, succeeding a predicted year of stagnation in 2020/2021, according to forecasted beer/cider duty receipts. Furthermore, a resemblance of this trend is also visible in regards to current tobacco duty receipts. However, forecast annual tobacco duties are expected to reduce slightly by 2022, to 8.9 billion British pounds.

In the following 2 chapters, you will quickly find the 32 most important statistics relating to "Tax in the UK". 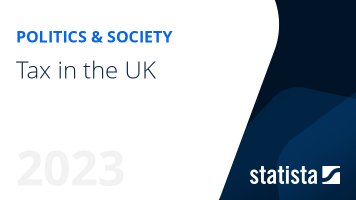 The most important key figures provide you with a compact summary of the topic of "Tax in the UK" and take you straight to the corresponding statistics.

Sugar tax and soft drinks in the United Kingdom (UK) 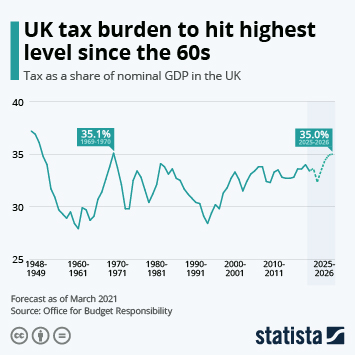 UK tax burden to hit highest level since the 60s 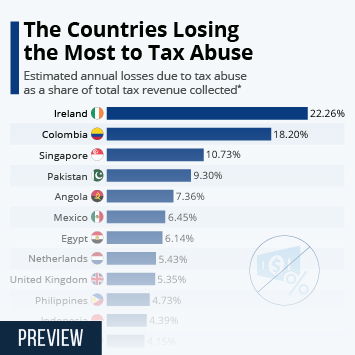 The Countries Losing the Most to Tax Abuse